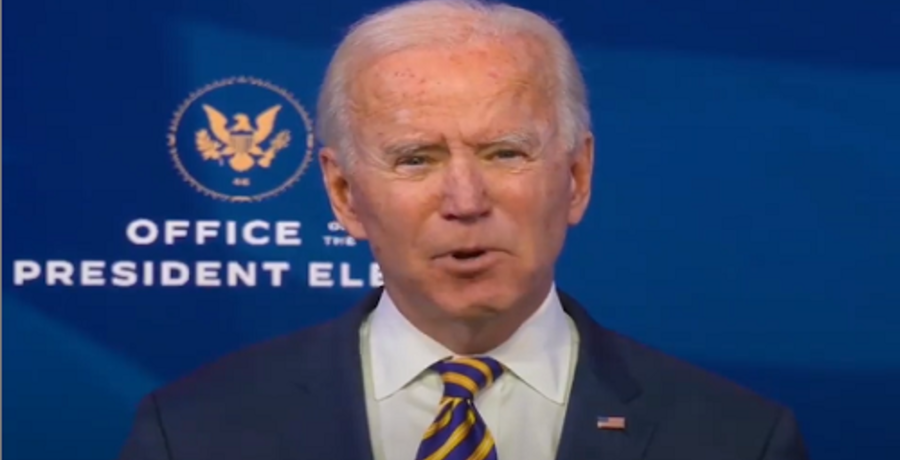 President-elect Joe Biden slammed the Trump administration for the slow COVID-19 vaccine rollout. Operation Warp Speed has suddenly halted. On Tuesday, December 29, Biden said that he will invoke the Defense Production Act to help increase the production of vaccines by January. In less than twenty days, Biden will be inaugurated into the White House. Since claiming victory in the 2020 election, he has been tirelessly working with doctors, researchers, and scientists.

The future 46th President of the United States said that Donald Trump’s vaccine rollout is “not progressing as it should.” In his speech delivered on Tuesday, Joe Biden criticized the Trump administration for its slow rollout of the COVID-19 vaccines. He promises that the rollout will be at a much faster pace once he takes office next month.

“The effort to distribute and administer the vaccine is not progressing as it should,” Biden said in his speech delivered from Wilmington, Delaware, and live-streamed online. “With only a few days left in December, we’ve only vaccinated a few million so far.”

Biden noted that the distribution of the two COVID-19 vaccines have lagged behind the 20 million the Trump administration promised by the year’s end. He also added that if the vaccination rollout continues at a slow pace, “it’s going to take years not months to vaccinate the American people.” However, Biden remains optimistic. He thinks that the world will return to normal within the next year. Biden predicts that the next few weeks and months will be “maybe the toughest” times of the pandemic.

“We need to steel our spines for what’s ahead,” Biden continued. “And each of us needs to do what we can to protect our families, ourselves, and our fellow Americans.”

Biden used his speech to reveal his plan for combating COVID-19. He will invoke the Defense Production Act to increase the production of materials necessary to distribute vaccines and personal protective equipment. Biden also asked Americans to continue wearing face masks for the first 100 days he’s in office. Cases have spiked throughout the country in recent weeks.

Joe Biden made a big promise to Americans

Last month, Joe Biden promised that his administration would administer 100 million vaccinations within his first 100 days as president. That’s five times more than what Trump promised. On Tuesday, he said that mobile units would be sent to hard-to-reach communities. He also has plans to set up vaccination sites across the country. Biden also has a plan for all K-12 schools to be open by the end of his first 100 days in office.

Biden has big hopes and goals for his first 100 days in office. He also revealed them on Twitter. However, due to the spread of the virus, his plan might not yield results until March.

“This will take more time than anyone will like and more time than the promises from the Trump administration has suggested … [but] I’m going to move Heaven and Earth to get us going in the right direction,” Biden said.

The Federal Government has distributed the vaccines to the states. Now it is up to the states to administer. Get moving!

Trump has mostly kept quiet on the COVID-19 pandemic. However, he did ask states to increase the pace of the COVID-19 vaccine rollout on Twitter. Instead of focusing on the pandemic, he’s spent his time golfing. The President continues to claim election fraud in the wake of his loss to Biden.