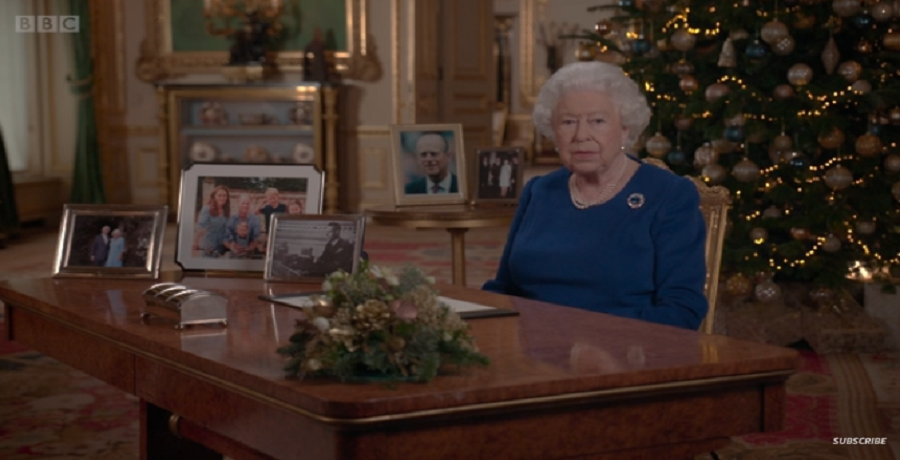 Queen Elizabeth will still have her annual Christmas Day speech this year. But it will be a historic moment in time. For the first time, it’ll be available on Amazon Alexa. That means Amazon Echo owners can listen to the Queen inside their homes this Christmas.

It doesn’t matter where you live in the world. Per The Guardian, Amazon announced that anyone who owns an Amazon Echo device will be able to listen to the monarch’s speech. All they have to do is ask their voice-controlled device is the following: “Alexa, play the Queen’s Christmas Day message.”

Your Royal Majesty is now on Amazon Alexa

Queen Elizabeth will make her Christmas Day message available for Amazon Echo users. Her speech will be available in American, Australian, British English, Canadian, or Indian varieties of English. According to the report, will be “One for the history books.”

“After a challenging year, millions of people from across the Commonwealth will be eagerly awaiting Her Majesty the Queen’s message on Christmas Day,” Eric King, director of Alexa Europe, said in a statement to iTV. “By creating this world-first innovation, just as we did in 2012 with the release of the Queen’s Christmas speech on Kindle, we hope that even more people will be able to enjoy the uplifting words of Her Majesty.”

The very first Christmas Day message was in 1932. It shows how much technology has advanced since then. Google Homeowners can also listen to the Queen as well. It’ll be available on Christmas Day at 3 p.m., according to People. Users can tell their device: “OK Google, play BBC Radio 4.”

The Queen plans to give her speech from Windsor Castle, where she and her husband Prince Philip will spend Christmas this year. Of course, this isn’t the first time that the Queen has played around with technology. She’s already become the Queen of Zoom meetings. She’s adjusting to the pandemic more than the rest of us.

Her Majesty had an issue with a connection issue during a virtual meeting. She’s like everyone else when it comes to having technical issues. Even Queen Elizabeth can’t escape connection problems, even if she has the best internet provider. She held an online meeting with KPMG, an accounting firm in the U.K. that celebrated its 150th anniversary.

So, the company held a meeting with the Queen. Last week, she listened to a performance of “We Wish You a Merry Christmas” recorded by the staff choir. But there were tech issues.

During the meeting, Queen Elizabeth said: “Thank goodness for technology, so one can still do this.” Even though her technology failed her, she seemed okay about it. The 94-year-old didn’t miss any of the conversation. You can check out their interaction below.

Will you listen to the Queen’s Christmas Day message? Sound off below.

‘Sister Wives’: Fans Want TLC To Go All Out On The Brown Family
‘Sister Wives’: Janelle Sparks Split Rumors With Kody For THIS Reason
‘Counting On’ Amy Duggar Calls Out The Duggars For Being ‘Delusional’
’90 Day Fiance’: Deavan Shares Exciting News After Long Online Break
‘Counting On’: Jill Attends Festival With Family In Stilwell, Oklahoma