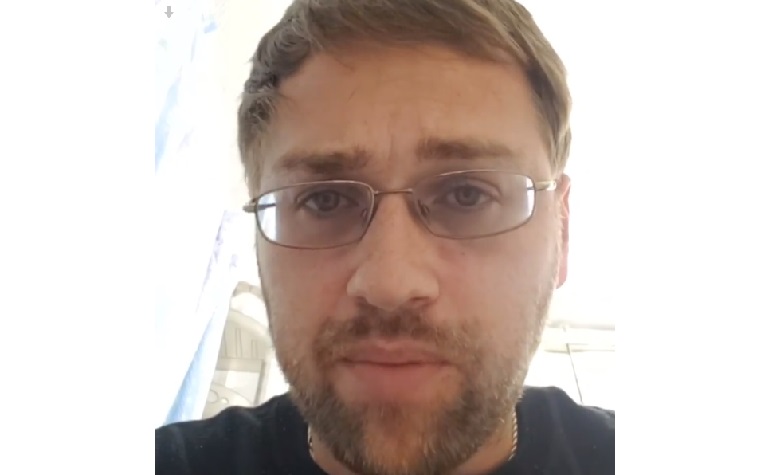 90 Day Fiance celeb Paul Staehle posted his latest update from Brazil as he appears to be all over the place lately in both mind and body. Fans who follow Paul and Karine online know they are estranged in real-time.

While the 90 Day Fiance couple is still together on the show, it’s looking rocky. So jump ahead to today and Paul Staehle seems to forget how Karine left him after the cops were called to his home in the US.

Karine left and was swooped off to an undisclosed location by friends. Then Paul took to social media to repent. He started off by cleaning their home in the US. The house was a shambles, but he got in there and made it spotless.

So, having a clean place to bring the kids is a must. It was almost as if the 90 Day Fiance husband flipped a switch and changed his demeanor overnight.

Off to Brazil for Another Cleaning

This 90 Day Fiance star is like the weather in New England. You have to do is just wait a minute or two and things change. Paul Staehle is going through these peaks and valleys of highs and lows. This is almost enough to get fans dizzy.

Out of nowhere Paul, who said he was taking a break from social media, pops up on social media and now he’s in Brazil. This is the native country of his wife, Karine Martins… but wait, she’s not with him. No, this 90 Day Fiance mom and wife stayed behind.

Paul tells some random guy interviewing him while he’s in Brazil that he is there without Karine. She is still in the states. Next, Paul acts as if he is there feathering the nest, getting their home ready for his pregnant wife and son.

He also says he is doing this with the help of Karine’s family.

90 Day Fiance fans know that Karine is planning to go home to Brazil. She’s already been in touch with an immigration lawyer to find out her rights when it comes to the kids.

But it sounded as if this was her escape plan from Paul. Now Paul is in Brazil and it looks as if he’s having the time of his life while there. The 90 Day Fiance scorned husband is seen dancing with some guy in a kitchen and posting photos of Brazil.

It looks like Paul Staehle got his groove on in one of the videos he posted. Screenshots appear above in the article of that odd event. He’s smiling and swaying those hips to some Brazilian party music. Not much of this makes sense as his doing this in a kitchen somewhere in Brazil.

Paul doesn’t say who his party-buddy is, maybe Karine’s brother or a friend? But it looks like a good time was had by all. So, once Paul gets the Brazilian digs together does he come along with the apartment?

Or does Karine still wash her hands of him? She wasn’t too happy about her husband, and 90 Day Fiance fans don’t hold out too much hope for Paul getting her back.