’90 Day Fiance’ star Abby St. Germain might have one of the saddest stories the show has to offer. The TLC star called off her engagement with Sean Hiler. Then she met Louis Dubell, the man who brought joy into her life again.

The couple had a strong connection with each other, leading to marriage. However, their colorful love story was covered with pain and fear as Louis announced that he was diagnosed with cancer just months after their wedding.

90 Day Fiance: Abby Out On A Date With Louis

Despite all the sadness, Abby took all the efforts possible to make her husband happy. In an Instagram post, Abby can be seen having a brunch date with Louis. The 90 Day Fiance married couple is enjoying a delicious burrito that they bought from their local shop. 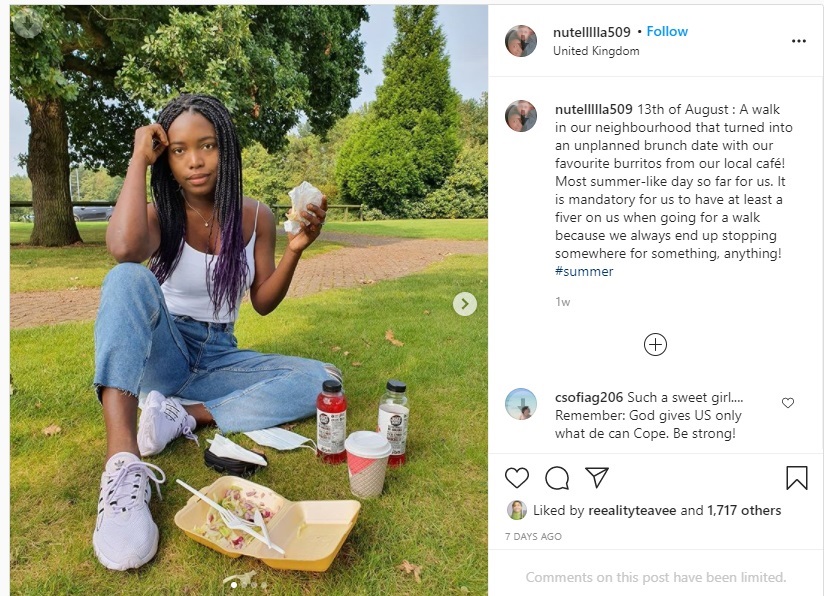 A follower pointed out that Abby and Louis are currently broke. But Abby explained that there is nothing wrong with enjoying an $8 meal. A lot of fans agreed with Abby, especially when it’s going to help her husband get stronger.

Fans jumped in to defend the couple from the food critics. Some 90 Day Fiance viewers suggested that a good walk combined with a delicious meal will somehow ease the pain that they are going through.

In an Instagram post, a fan asked Abby about the current condition of Louis. According to her, Louis is doing good and fighting stronger than ever. She also admitted that the second cycle of Louis’ recovery is a bit harder than she expected.

However, Louis seems to be unbothered by his battle against cancer. On his latest Instagram post, Louis can be seen hugging his cats and enjoying a good time with his family at his house.

A lot of things have changed on Louis. He became completely bald, which normally happens when fighting cancer. The 90 Day Fiance star’s bodyweight seems completely normal and he’s not getting skinny at all. This is evidence that Louis is being taken good care of by his wife.

I'm so proud of this man! Don't know anyone stronger than him❤ Lou decided to shave his head off 2 days before chemo because nurse told him his hair will start falling within the first 3 days of chemo. The cancer has spread to his stomach and lung. He was meant to start chemo last Wednesday but he was in so much pain that his doctor made him do more tests and postponed to monday 27th of July. 3 days of chemo every week for 3 months. He stays at the hospital for the 3 days. Not allowed to visit him during the 3 days because of covid💔. But I know he's in good hands. Also bloody hell can he get any hotter with a skin head?😍😍 Check @louis_dubell 's Instagram to watch the video of me shaving his head🙂 My social media break starts monday now so I'll try to answer as many messages/comments as possible over the weekend.

Many fans are praying for Louis’ fast recovery from cancer. A lot of 90 Day Fiance fans are excited to see the next chapter of the married couple. At this point in time, fans can only hope that the next big news is Louis winning his battle.

Louis also seemed very determined that he will win the fight. He previously thanked all the fans and supporters for praying for him. The 90 Day Fiance celeb also said that being positive in life is the key to everything.