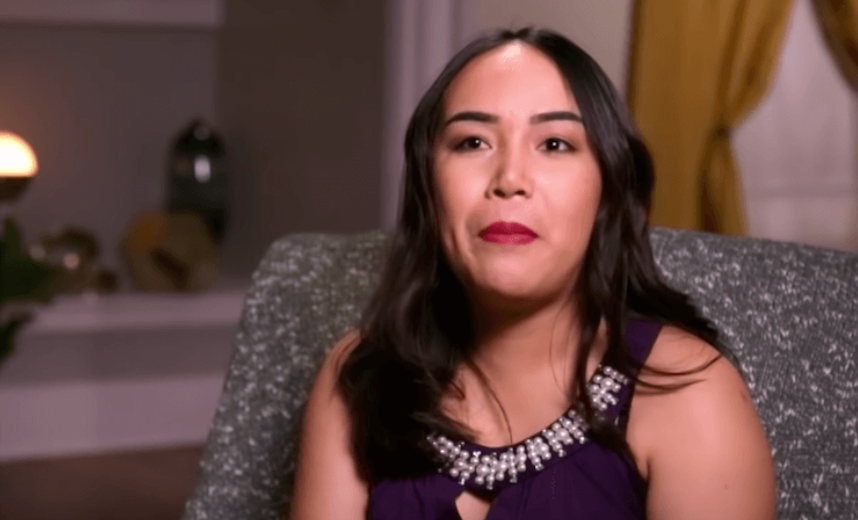 Just about every 90 Day Fiance fan knows Annie Suwan from her journey through the TLC reality series and the spinoff Pillow Talk. She’s not only a breakout fan from her original 90 Day Fiance season but she’s wowed the fans over at Pillow Talk as well.

90 Day Fiance: Did Annie Suwan Go Under the Knife?

Today Annie is making a buzz online but not for any of her quick-witted comments today. No, fans of the 90 Day Fiance franchise are picking her apart as they see a nose job in their midst.

While Annie has neither confirmed nor denied a nose job, it seems the fans believe that is what they see. Her latest post online shows more of a Michael Jackson-type nose than what Annie’s nose usually looks like. The side-by-side comparison is shown above. So what do you think?

Did Annie get a bit more sculpted around the nose or do some fans see a play on shadows? It’s not so much the end of her nose that caught the eye of some of the fans from 90 Day Fiance.  But it’s the sleek bridge of her nose they draw attention to.

After an eyelid procedure, last year fans ripped into the 90 Day Fiance star for that elective surgery. Now today they are slamming her again, but this time it’s for her nose.

While Annie didn’t need any help in the beauty department, fans remarked how the eye surgery last year made her eyes look wider. Now today her nose appears altered to a thinner shape than it was before. It is also very turned up.

Fans accuse Annie of attempting to look “less Asian” by undergoing the eyelid procedure last year. She said it wasn’t to disguise her Asian roots but for an eye problem – one that she’s had for a long time.

But maybe it’s just Annie wanting to enhance her beauty and not trying to look less or more of anything. Her hubby David Toborowsky had hair implants done not too long ago. Maybe Annie felt like it was her turn for a little enhancement as well.

Annie Suwan is far from shy and she’s probably not going to sit back and listen to this storm over her nose. Chances are Annie will address the negative comments in a matter of no time.

She’s also known for being upfront and genuine, so if she did have a nose job she’ll more than likely come out and say so after all the buzz online today.

While some fans beat her up over this, others say “so what”. If Annie had a nose job this doesn’t make her any less likable for the pro-Annie fans out there. She certainly wouldn’t be the first celeb to enhance their looks and certainly not the last. So many fans just say – “go Annie!”

‘Sister Wives’: Fans Recall Dayton’s Sweetest Moment In The Show
‘Sister Wives’: Should Christine Be An Advocate Against Polygamy?
‘Counting On’: Jinger Celebrates Release Of Book In NYC
‘Counting On’: Joy-Anna Stuns In Jeans, Enters 24th Week Of Pregnancy
’90 Day Fiance’: David Shares What He Relishes The Most In Thailand