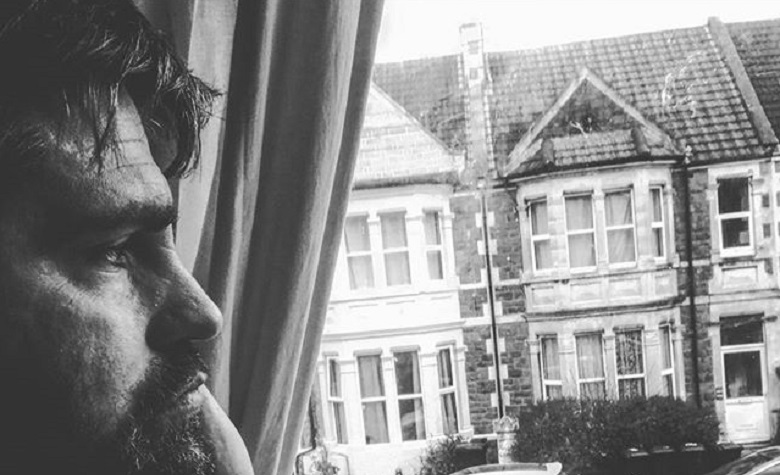 90 Day Fiance star Jon Walters waits for a spousal visa so he can fly to the US and live with his wife but he apparently passes the time by eating a lot. With the love of his life, Rachel Bears Walters so far away, it looks like Jon is a bit lonely.

So by his own admission, this 90 Day Fiance handsome hubby put on 30-pounds since December.

Now there’s a silver lining to this 90 Day Fiance celeb’s story. He’s happy to report that he already lost 12-pounds of that weight gain. Jon Walters explains what was happening to him. He said that the more he ate, the more he wanted to eat. So, the weight piled on.

To get himself out of that vicious cycle of gaining pound after pound he started dieting. Now he reports that he’s dieting like crazy to get rid of that weight he gained. Fans hopped online to give him support but they also reminded him he’s still one handsome guy even with the extra weight.

i've put on about 30lb since december – the more i eat the more i want to eat.. ANYWAYS ive been dieting like a mofo and have lost 12lb What do you think of my new sweater ? i call it the plab B incase my diet fails. hahahahahah #fitfatfatter #dadbod #gymmemes #90dayfiance #badhumor #lookingripped

With a quick glimpse at the photo above, you can’t help but notice how ripped he looks already. But look again and you realize that’s just wishful thinking on the part of this 90 Day Fiance hunk of a husband.

Quick Change Into Buff and Ready

90 Day Fiance Fans love Jon Walter’s humor and it looks like he’s at it again. While the loss of 12 pounds is a really good start, Jon has a fail-safe standby just in case he can’t cross the finish line by losing all 30-pounds.

That ripped look he sports in the photo above is a sweater and he calls it his “plab [plan] B” just in case he needs it. Fans went crazy over two things, Jon’s diet and that sweater he’s wearing.

Viewers of the TLC reality series asked Jon what diet he used to drop the 12 pounds. Then others wanted to know where they can get that sweater he’s wearing. But the one person that matters more than anyone else chimed in to share her reaction to her husband’s new peel-off bod.

While Jon’s 90 Day Fiance followers left him all kinds of comments, the one that stands out is from his wife Rachel. Mrs. Jon Walters posted four letters but they said a lot. Rachel writes “Dafuq?”

It looks like Rachel was just as surprised to see Jon buff as the rest of the fans. Both Jon and Rachel have a great sense of humor. Rachel demonstrated her love of comedy with her latest post below. It seems she had just experienced a hail storm in New Mexico, where she lives. 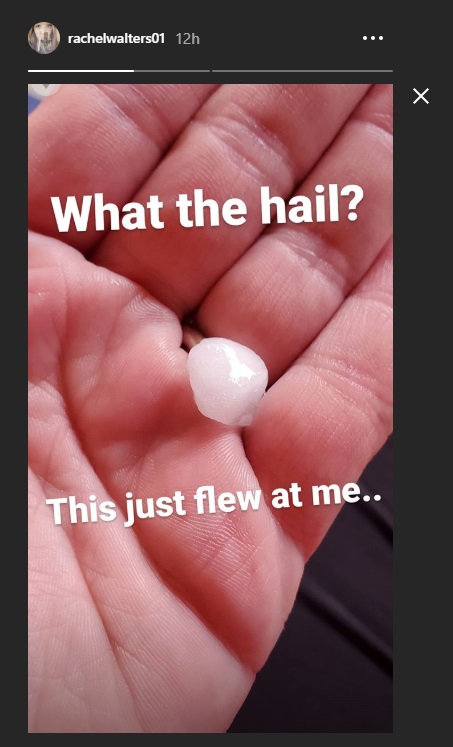 So as Rachel is in awe over marble-size hail and Jon leaves his followers awestruck with a sweater, only one other question is left to ask.

When will these two finally get together on this side of the Atlantic Ocean? Jon misses Rachel and Lucy and Rachel misses Jon. While they constantly communicate online, it’s not like being together in one location.

The spousal visa application is in, so now it’s a waiting game. That was the last report from this fan-favorite couple of the TLC reality series.