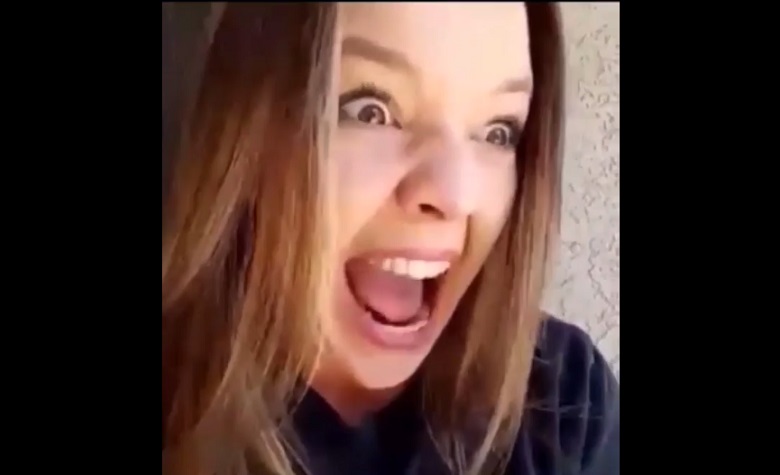 It’s 90 Day Fiance star Rachel Bear Walters like you’ve never seen her before as she turns into a different person when a banana is waved in her face. In a video filled with clips, each only last a few seconds long, Rachel Walters demonstrates a vast array of talents.

Fans who follow Rachel and her ruggedly handsome husband Jon Walters know how this duo can sing. They met while singing on a karaoke channel online. They both have professional sounding voices. 90 Day Fiance fans believe it’s more than their voices that make the songs they sing so enjoyable to hear. 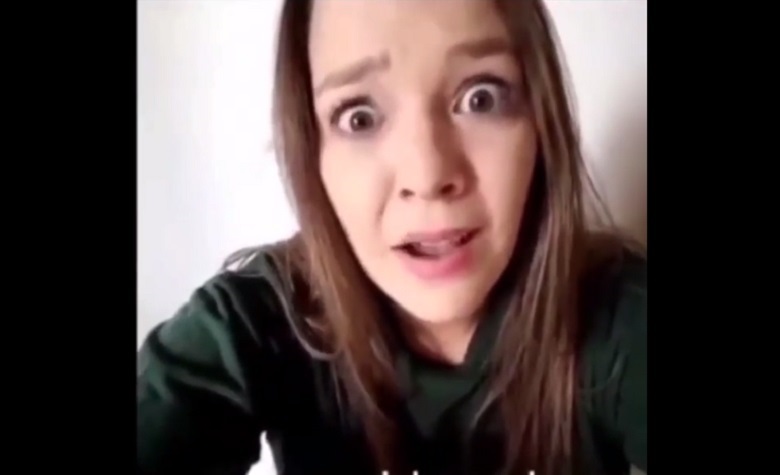 These two TLC reality show veterans seem to love each other very much. So, that comes through in a lot of their music making the songs of love sound genuine.

Another endearing factor that comes through often is the love Jon Walters has for Rachel’s daughter Lucy. Those two share a bond and she calls him her daddy.

Circumstances beyond Jon and Rachel’s control leave the two of them on opposite sides of the Atlantic Ocean. While they’re working on a spousal visa to get Jon to Rachel’s home in New Mexico, the lack of money and red tape get in the way.

When Rachel lost her job a while back that put yet another roadblock in their way. Up until that point it was Rachel who planned to sponsor Jon on this visa. But without gainful employment, she couldn’t. An old and very close friend of Rachel’s stepped in as Jon’s new sponsor, so that problem seems to be solved.

If like other 90 Day Fiance fans, you can’t get enough of Rachel and Jon Walters then check out their Youtube series Shoot the Breeze. But there’s something that Rachel embarked on all by herself.

Check out what this beautiful young mom can do in the video below. See how she responds to a banana waved in her face and what she’s about to do with a pillow case filled with bars of soap. She’s really quite entertaining.

Before #tiktok was cool, there was #dubsmash – a back-in-the-day video collab

This 90 Day Fiance celebrity really did miss her calling. Mrs Walters appears to harbor some high-quality acting ability.in the comedy genre. She offers some really funny scenes in the video above.

It looks like Rachel found some fun things to do while attempting to occupy her time while away from her husband. It also appears as if the fans of this TLC reality series think she’s a hit.