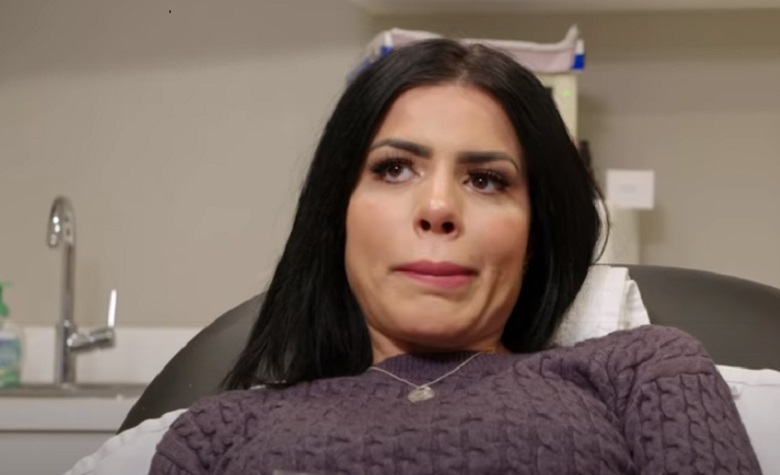 90 Day Fiance star Larissa Lima undergoes a procedure to “tighten up” some area of her body on the next episode where she also can’t shake Colt Johnson. While there, Larissa opens up and confides to her friend about some of her recent thoughts on Colt.

Larissa needs a reality check and she gets one on this week’s 90 Day Fiance. But it doesn’t stop her from her plan which may work as either payback or possibly she’s conniving a way to reunite with Colt.

What exactly Larissa is about to have done is unknown. But chances are it’s not an evasive procedure if she’s sipping what looks like champaign as she’s wired to it.

The 90 Day Fiance breakout celebrity either has a friend with her for moral support. Or this could be the woman doing the procedure who also happens to be a friend of the TLC reality show star.

Whatever the woman in the room is to Larissa, there’s no doubt that they’re very friendly as Larissa tells her some of her private thoughts. The TLC cameras roll as Larissa spills the pings and pangs she felt when seeing Colt’s new girlfriend for the first time.

The first secret Larissa Lima tells her friend is that she’s seen Colt’s new girlfriend on Facebook. Apparently, she just admitted to trolling her ex on social media. While she mentions this it looks like this controversial 90 Day Fiance cast member welled up in tears.

Jealous Over What You Found?

Larissa’s friend asks her if she’s jealous and this 90 Day Fiance celeb from Brazil had to think for a minute. While it looked as if the answer was going to be a yes, she said no.

Then comes the beginning of what sounds like a scheme she’s mulling over in her head. She tells her friend that Colt’s new girlfriend is also from Brazil. Somehow it sounds as if Larissa may feel a weird kinship with the new girlfriend since they come from the same country.

She feels she needs to warn Colt’s girlfriend about her past 90 Day Fiance partner, who is now her ex-husband. The woman who accompanied Larissa to this procedure sounds like a true friend. She doesn’t tell Larissa what she thinks she wants to hear. Nope, she calls it as she sees it.

While Larissa gets “tightened” and sips on refreshments, the woman asks her a hard question. She wonders if Larissa wants to really warn Colt’s new girlfriend or if she has another motive.

Does she perhaps want to break them up so she can get back with Colt? There’s very little doubt about Larissa’s jealousy at this point because when she first mentioned Colt’s new girlfriend it looked as if she fought back the tears.

It seems that this friend is seeing Larissa at work camouflaging her own needs as concern for Colt’s new and unsuspecting girlfriend. But by breaking up Colt’s new relationship, Larissa could pave the way back to his heart.

So the hard question is – what does Larissa actually want for an outcome if she manages to split the two? 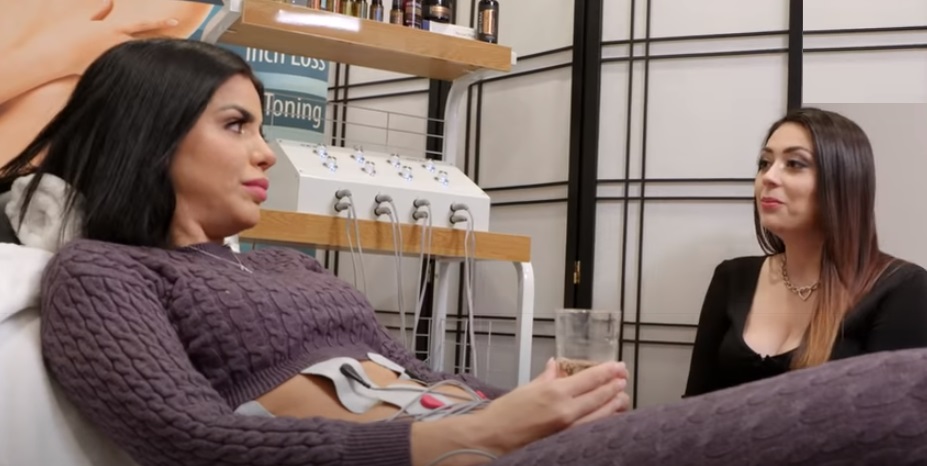 So what does Larissa answer to her friend’s last question? It looks like fans have to watch the show Sunday night to get that answer. It seems that the preview video above cuts off just before she offers up the answer.