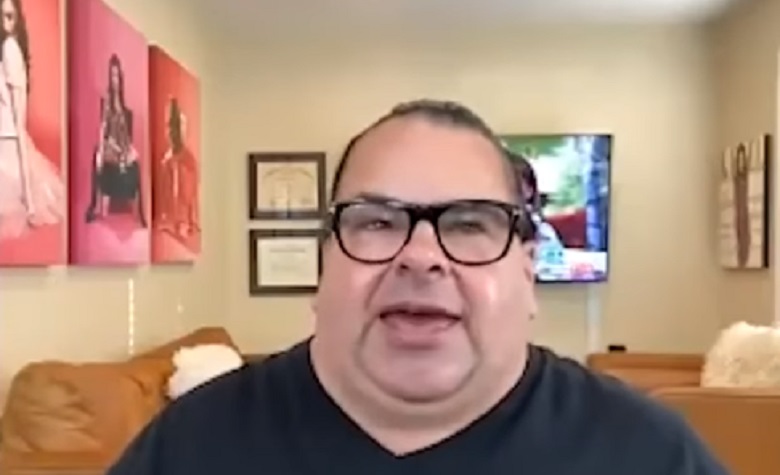 Big Ed shoots to the top of viewer’s radar in this season’s 90 Day Fiance: Before the 90 Days as a guy full of surprises with some even rather risque’. At first, fans seemed behind Big Ed. He looks like a victim during the early days of his pursuit of Rose. But something changed.

Despite Rose being younger than Ed’s only daughter, fans seemed to overlook this age difference at first. Instead, 90 Day Fiance viewers sounded as if they felt sorry for Ed.

It seemed as if Rose was only interested in his money. She grabbed for his cash as soon as he opened his wallet in the market. This looked like a huge indicator of things to come. But then Ed’s stuff slowly came to the surface.

While in the Philippines meeting Rose for the first time, he requests she take an STD test. He also insisted she takes a shower before any intimacy takes place. But it was probably the scene where he rubbed lotion on her legs that did it for the 90 Day Fiance audience. The small man who people call Big Ed looked like a pervert, as far as some fans of this TLC series were concerned.

Big Ed realizing he has been praying on a really poor little girl#90DayFiance #90DaysFiance pic.twitter.com/afNs4gQqb4

Ed did say that the scene with that awkward kiss and leg massage ended up as their first lovemaking session. No longer do the viewers of 90 Day Fiance urge Big Ed to go home and cut his losses. Instead, comments from the fans suggest Rose should run and run fast.

Now the picture opens up to display something different for the viewers. As one comment suggests, you now have what looks like a much older man controlling a much younger woman. Ed also appears to groom her for his own pleasure in the lotion scene.

So, the Big Ed that the 90 Day Fiance fans first met and felt sorry for appeared to change. Now, for some of the fans, this 90 Day Fiance star turned into a predator.

90 Day Fiance’s Big Ed Teases Where He Stands With Rose — and Dishes on His Biggest Regrets!

Ed " You haven't Seen anything yet"

Even Rose’s sister got in on the Big Ed bashing online. She posted a comment about the American man who came to their country to use her sister Rose for money and fame then flew back home. She hopes Karma takes over and she even wished him death.

Now back in the US. this 90 Day Fiance famous face just moved into a bigger house. But he doesn’t share if he plans to move anyone into this bigger place. In a recent video, it sounds like he may be bringing Rose and Prince to the US. He’s happy and in love but he doesn’t say who he is in love with.

When asked in this real-time interview if he is still with Rose he won’t say much. Big Ed can’t let on what happens in the 90 Day Fiance episodes not aired as of yet. But he tells the interviewer what he can say is that he’s got a bigger house.

While Ed says he’s in love, he doesn’t say with who. So there’s always a chance the 90 Day Fiance fame opened up the dating scene back in the US for Big Ed. So did he get a bigger house for Rose or is there a new love interest?

Does Big Ed see himself as Rose’s savior? From what he says in the video above, it sounds that way. He defends her from the online bashing coming from the people who thought she used Big Ed in an attempt to secure a green card.

Ed says there’s absolutely nothing wrong with a mom attempting to find a better life for her child. Is this how he sees Rose with Prince and is Big Ed just a means to that bigger life?

Where this all leads is anybody’s guess because so far on 90 Days Fiance, Big Ed has been full of surprises. Watch the TLC show on Sunday nights at 8 pm EST.

Come back to Entertainment Chronicle for all the news on 90 Day Fiance: Before the 90 Days.