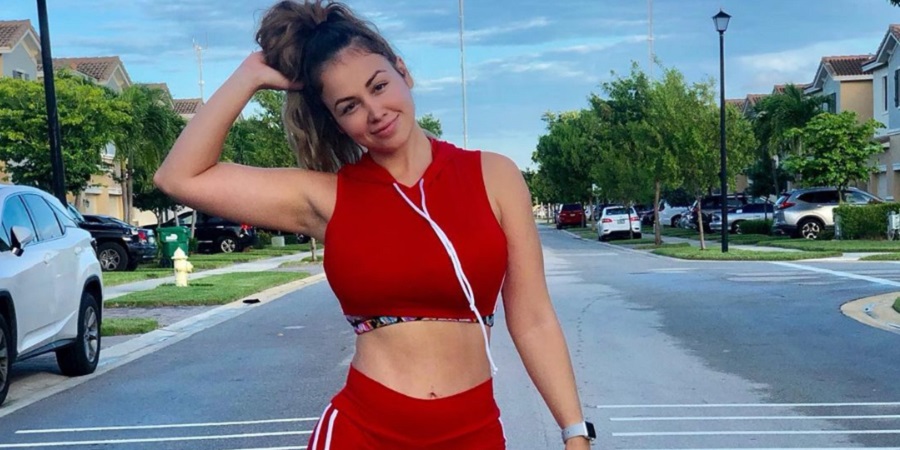 90 Day Fiance star Paola Mayfield said her final goodbye to her dog, Phoebe, then she shared this in a photo online today. This picture is one that will surely tear at your heartstrings. It appears that Paola, the wife of Russ Mayfield is at the vet with her dog when the photo was snapped.

The location is evident by the IV tubes attached to the dog’s leg. The setting also appears clinical, so this is probably Phoebe’s final minutes before she passed away. The 90 Day Fiance star looks heartbroken in the photo.

Paola posted this picture on her social media site as a tribute to her much-loved furry family member. It looks like Paola has a special place in her heart for her pup.

The 90 Day Fiance star had a bit of a bumpy road when first arriving in this country. But it looks like she made a best friend in Phoebe. As any dog owner can tell you, there’s nothing better to have by your side when weathering a storm. 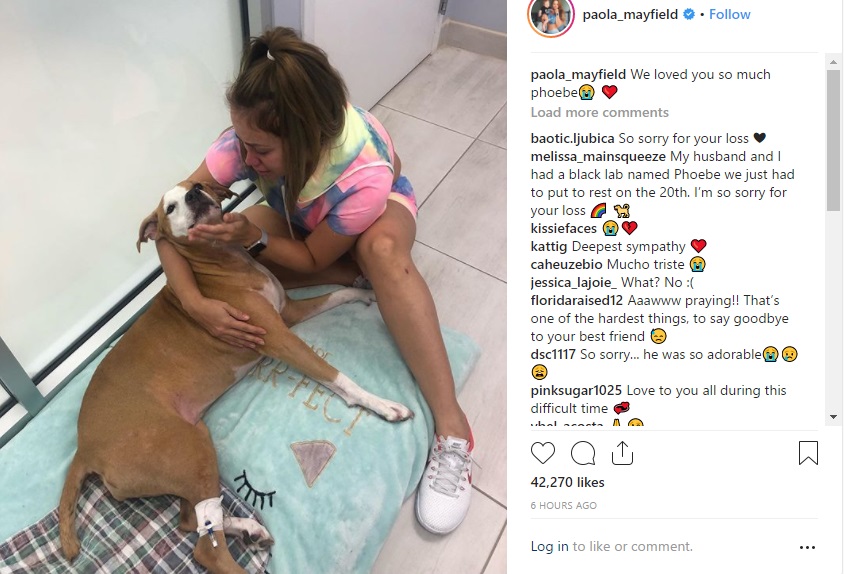 Paola, who is a native of Colombia, moved to the US with her American husband Russ Mayfield. After giving birth to her son, she started to get back into fitness. While her dream was to become a model, that didn’t seem to pan out for her.

Apparently she loved her fitness routine so much that she put her all into it. From there she worked hard at learning all she could about fitness training. Just recently she announced to the world that she’s passed her certification test and the 90 Day Fiance celeb is now a fitness advisor. 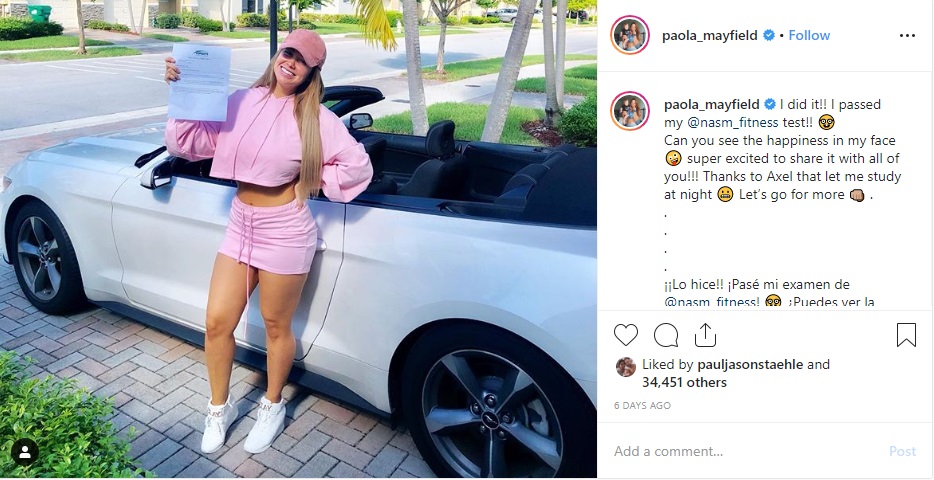 It looks like this new mom sports some golden locks today. This is much different than the striking dark coiffure she donned when first joining the 90 Day Fiance cast. If Paola’s Instagram page is any indication of how she’s doing today, you’d have to say pretty well.

She looks like a happy and very fit mom and wife, evident by the photos posted above. She also seems to have found her own niche in life with her fitness training. Then, of course, you can’t miss that sports car convertible she uses as a backdrop in the picture above.

It looks as if Paola has paved a nice life for herself with her husband Russ and their baby son. Some wondered how this couple would fare as they had some differences in opinion. Mainly about a location to call home when they last appeared on the show.

But with everyone smiling and happy in the Mayfield family photos, it looks like they’ve ironed that out as well.

Anyway, it looks like they’ve grown closer together since fans have seen the couple last on the TLC reality show.