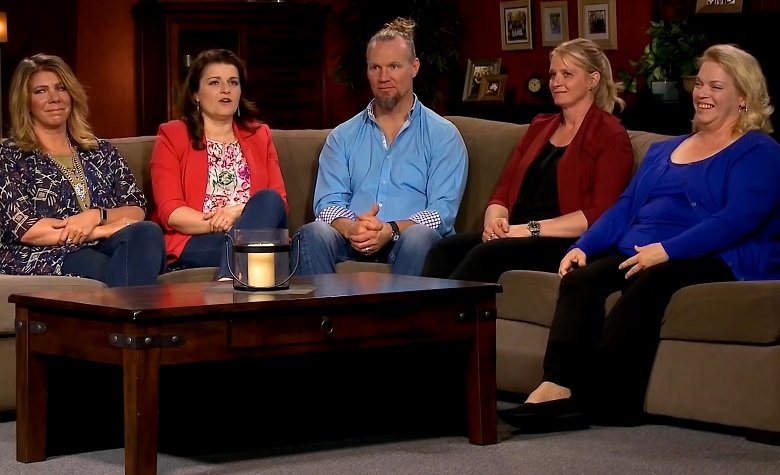 Sister Wives fans have seen the controversial tell-all following Season 17. There were tons of shocking revelations and it took a deeper dive into what the plural family has become in recent years. The latest tell-all was a refreshing experience for fans. According to some, TLC usually hosts their tell-alls with everyone on the same couch. This time, fans think TLC was creative with their solo confessionals. Some fans also think the latest tell-all was much better than previous ones.

Sister Wives: Was The Solo Confessionals A Good Idea?

Sister Wives fans from Reddit shared their thoughts on why they think the solo confessionals were a good idea. According to some, TLC was able to make Kody Brown and the other wives express their emotions and thoughts about what has happened to the plural family. Some pointed out that nobody was there to stop Kody from exposing himself, which is usually done by Robyn Brown. “Kody really started digging his grave when they couldn’t do confessionals together as the 5 of them,” one person said. “Not only can he talk forever, but his unhinged speech is damaging his reputation more and more. Normally, ‘Counselor Robyn’ cuts him off and steps in to do damage control,” another person added.

Sister Wives fans are also praising the tell-all host, Sukanya Krishnan, for her incredible job of making Kody Brown and the other wives speak up with almost no effort at all. According to some, Sukanya’s tactic was to make Kody speak for himself without asking difficult questions. Some fans think she was successful with her technique as Kody and the other wives revealed the difficulties they’re having with one another. It also appears that Sukanya was trying her best to stay equal. She pushed Kody and the wives share their sides.

Sister Wives: Will There Be Another Season?

At this point, TLC has yet to share if there’s going to be another season. However, Sister Wives star Christine Brown’s previous revelation that they’re setting things up to film in Utah sparked rumors about a possible new season. It’s unclear what the storyline would be. Fans would love to see a season where TLC shares the new lives of the wives who left Kody Brown. Meanwhile, some are curious if Meri Brown and Janelle Brown will continue to stay in Flagstaff. There are speculations that Meri might end up moving to her B&B in Utah for good.

Kody is currently left with only one wife, Robyn Brown. It also appears that Kody hasn’t done anything to try and win back the hearts of his wives after Season 17 and the tell-all.

‘Sister Wives’: Why Is Christine Brown Returning To Flagstaff?
‘Sister Wives’: Fans Recall Dayton’s Sweetest Moment In The Show
’90 Day Fiance’: David Shares Heartwarming Advice About Grandmothers
‘Sister Wives’: How Did Kody React To Christine Getting Ready To Date?
‘Counting On’: Did Jeremy Vuolo Get A New Transplant?