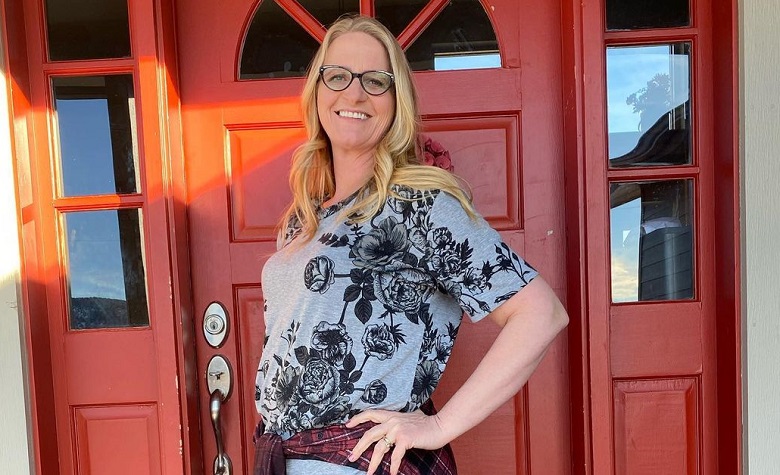 Sister Wives star Christine Brown has been receiving a lot of support from fans lately. Many are happy about her decision to leave Kody Brown and the plural family. She’s been also coming up with different projects since her split with Kody as well. One of which is her cooking show on social media. Fans are also glad that Christine is continuing her cooking show online after her spinoff with TLC ended. Now, Christine is receiving a lot of praise for her latest recipe where she makes a Pretzel.

In a social media post, Sister Wives star Christine Brown shared her latest recipe video where she makes a Pretzel. The process was quick and Christine was so impressed by the result. Meanwhile, some fans took to Christine’s comments section to commend her recipe. Others also noticed Christine’s glowing look, and many believe it’s due to her new and exciting life away from Kody Brown. At this point, Christine has yet to share her next recipe. However, it seems she’s been focusing more on baking. Due to this, fans can expect more incredible bread recipes from Christine in her future live streams.

Christine Is Into Baking Lately

Aside from making pretzels, Sister Wives star Christine Brown also took to social media recently to share her lemon cake. “When life gives you lemons, make lemonade. Honestly, I think lemonades disgusting, I make lemon cake,” Christine captioned. Many were impressed by Christine’s creativity and baking skills. Meanwhile, fans are hoping that Christine will have more guests in her future live streams similar to what she did in her previous cooking spinoff with TLC, Cooking With Just Christine.

Sister Wives fans are also hoping that Janelle Brown and Christine Brown will spend more time with each other this year. Apparently, Christine and Janelle have been going strong due to their support for one another. It’s known that Janelle fully supported Christine’s split with Kody. Their relationship has also got stronger due to the same diet program they’ve been promoting. But it seems that Christine has been busy lately with her newborn twin grandsons from Mykelti Brown and hasn’t had the time to bond with Janelle.

Meanwhile, fans are glad for the new lives of Christine and Janelle since leaving Kody. There are also rumors Season 18 will still happen, but it may only feature their lives after the plural family fell apart. Do you still want to see more from the Brown women? Let us know in the comments below.

‘Sister Wives’: Meri Brown Back In Las Vegas After Split With Kody
‘Counting On’: James Shares Dangerous Activity No Duggar Has Done
‘Sister Wives’: Why Is Christine Brown Returning To Flagstaff?
’90 Day Fiance’: David Shares What He Relishes The Most In Thailand
‘Sister Wives’: How Did Kody React To Christine Getting Ready To Date?