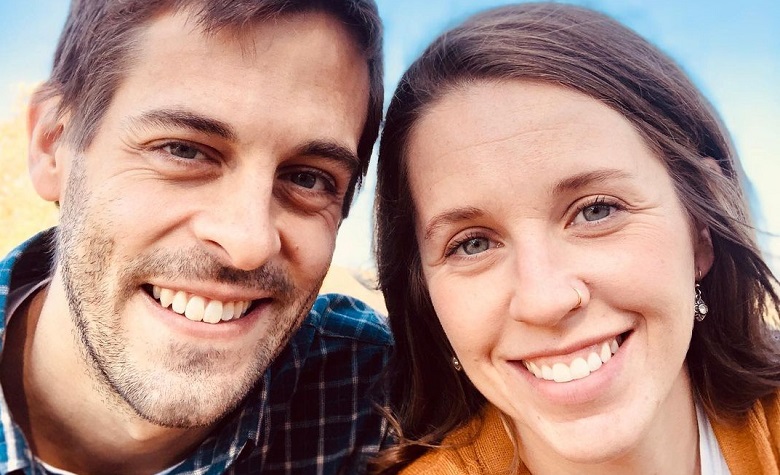 Counting On star Jill Duggar loves to share updates about her kids. Most of the time, Jill shares the incredible progress of Sam and Israel’s swimming lessons. Jill also revealed that Israel has reached the final stage of his lessons and is nearly allowed to enter the competition. Fans are also glad that Jill is still sharing updates about her kids despite the privacy he’s been giving to them lately. According to some, most of Jill’s recent pictures about Sam and Israel are facing backward, similar to what Jinger Duggar is doing for her daughters. Now, Jill is back to share another update for the fans. This time, Jill is sharing Frederick’s first swimming lesson.

In a social media post, Counting On star Jill Duggar shared adorable pictures from Frederick’s first swimming lesson. “Y’all, I cannot with this cuteness!! Freddy had his very 1st swim lesson with @goldfish_rogersnwa,” Jill captioned. Derick Dillard also helped with Israel’s lesson and Jill praised him for doing a great job. “We are so excited to let our kids get more comfortable in the water while they’re being taught lifesaving skills in consistent, year-round lessons!” Jill added. Meanwhile, fans were surprised to see Frederick already learning how to swim despite being only a few months old. Fans also praised Jill’s dedication to teaching her kids important skills in life.

Counting On star Jill Duggar also took to social media to share a relatable clip as she drinks coffee with a stir stick. Jill also gave a shoutout to her friend who owns the pottery that made her “best mom ever” mug. Meanwhile, some fans took to Jill’s comment section to talk about her relatable clip. “Appreciate how you’re drinking it through the stir stick because I thought it was always just a weird thing I did,” one person said. Some fans also praised Jill’s stunning looks and said that she’s been glowing lately.

Counting On: Jill Duggar’s Relationship With Family Is Finally Getting Better

Counting On fans are also glad that things are finally getting better between Jill Duggar and her family. Apparently, Jill has been attending some of the Duggar family gatherings in recent months. She was also spotted spending some time with her sisters where Michelle Duggar was also present. At this point, Jill has yet to share updates about her status with Michelle and Jim Bob Duggar. But she has already made it clear that they’re heading towards healing.

Meanwhile, fans are hoping that Jill’s parents will finally return online. There are also speculations that some of the Duggars might be preparing for a big comeback this year, which includes the possibility of another TV show. Would you like to see more of them again? Let us know in the comments.