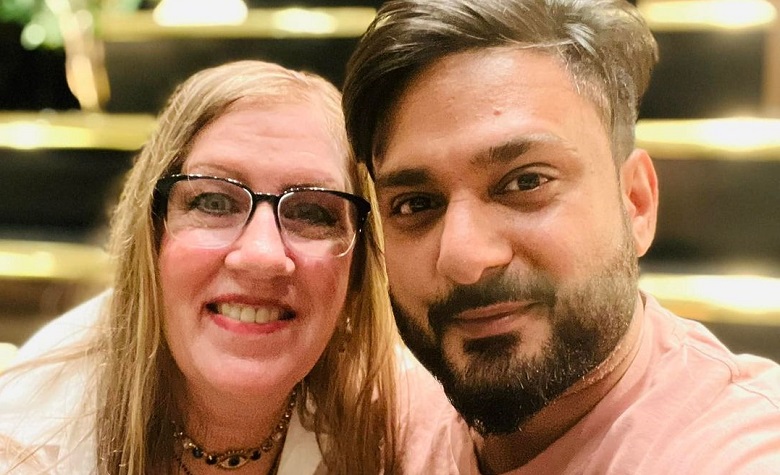 90 Day Fiance stars Sumit Singh and Jenny Slatten have been receiving a lot of support from the fans lately. Many are glad that they’re now living their best lives as a married couple after all the challenges they’ve been through. Most of the time, Sumit and Jenny share their recent adventures and spread positive messages. Sumit and Jenny are also making headlines due to the latest tell-all. Apparently, Jenny has finally received the blessing of Sumit’s father, Anil. However, many are curious about how Jenny’s mother-in-law, Sadhna, will react to Anil’s actions.

TLC recently took to social media to share a clip from the latest tell-all episode of 90 Day Fiance: Happy Ever After? The clip shows Sumit Singh’s father, Anil, opening up about accepting Jenny Slatten. According to Anil, Sumit and Jenny love each other and that’s what’s important to him. Due to this, he’s giving Jenny his blessings. But when asked about Sadhna, Anil made it clear that she still couldn’t accept her. Jenny didn’t exactly share her plans on how she was going to win Sadhna’s blessing. But it’s clear that she’s relieved to hear Anil giving her the approval. Meanwhile, fans think Jenny will eventually win Sadhna’s blessing as long as she and Sumit continue to show their happy marriage.

Despite the good news, 90 Day Fiance star Jenny Slatten was also told that may not still be allowed to take part in the family gatherings of Sumit Singh. According to Anil, Sadhna is still not comfortable with Jenny and it may take a while for her to be accepted at their future gatherings. However, Jenny fully accepted it and said that she also doesn’t want to take part in Sumit’s future family gatherings as it will only make things awkward. Meanwhile, fans are glad that Sumit and Jenny are one step away from having their relationship accepted by everyone.

90 Day Fiance stars Sumit Singh and Jenny Slatten have been spreading positivity on social media lately. Fans are also glad that the two are staying much stronger despite Jenny going back to the US. The couple even took to social media recently to share an adorable clip summarizing their incredible 2022 in India. Meanwhile, it seems that Sumit is still having problems with his VISA. But it seems that the couple has decided to live in India for good, and some believe it’s only a matter of time before Jenny flies back to Sumit.

It’s clear to see that Sumit and Jenny are one of the most successful TLC couples today. Fans also think their growing popularity will result in more projects with TLC. Would you like to see more of them, their adventures, and how they are evolving? Let us know in the comments below.