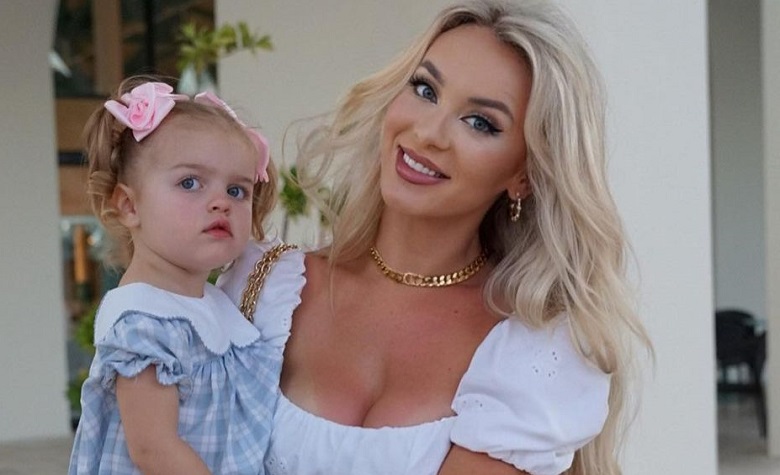 90 Day Fiance star Yara Zaya loves to share adorable updates with her daughter, Mylah. Most of the time, Yara shares adorable clips from her outdoor adventures with Mylah. The two also have a lot in common when it comes to hobbies. Apparently, Mylah has been enjoying shopping and traveling similar to her mother. Fans are also impressed that Mylah is already used to traveling at a very young age. Now, Yara is back to share another update for the fans. This time, Yara is opening up about why she’s relishing every playdate she’s having with her daughter.

90 Day Fiance: Yara Zaya Opens Up About Being The Playmate Of Mylah

In a social media post, 90 Day Fiance star Yara Zaya shared a clip of herself talking about why playing with Mylah has been so important to her. According to Yara, she wasn’t able to have a good childhood and grew up with a lot of responsibilities. Due to this, Yara has been relishing every playtime she can have with Mylah. It also appears that she doesn’t want Mylah to experience the childhood that she had. Yara also revealed that she brought Mylah to a playhouse and was surprised to see her playing alone.

Yara Buys Toys For Mylah That She Also Likes

90 Day Fiance star Yara Zaya also opened up about how she buys toys for Mylah. According to Yara, she usually picks the toys for Mylah that she also likes. Yara also revealed that she doesn’t like to play with dolls. Due to this, she often buys Mylah puzzles and other educational materials for her daughter. At this point, Yara has yet to share their plans for Mylah’s education. But fans think she and Jovi Dufren should figure out their moving plans first before making another big decision.

90 Day Fiance star Yara Zaya also shared stunning clips of herself showing off her latest hair makeover. Apparently, Yara’s blonde dye is now a lot brighter. Fans are also praising Yara for the love she’s been giving to herself. She even revealed having breast implants recently, which helped boost her self-confidence. However, Yara made it clear that her physically fit body came from her diet and workout routines.

Meanwhile, fans are hoping that TLC will give Yara and Jovi Dufren more projects this year. According to some, a travel spinoff for Jovi and Yara would be a big hit. Would you like to see one? Let us know in the comments.

‘Counting On’: Amy Duggar Ready To Tell The Truth & Expose IBLP?
‘Counting On’: Will Jinger Get Excommunicated After Latest Book?
‘Sister Wives’: Gwendlyn Brown Moving To Spain For THIS Reason
‘Counting On’: Jinger Opens Up About ‘Cult-Like’ Teachings In Latest Clip
‘Counting On’: Justin & Claire Resurface In Latest Skiing Day With Family