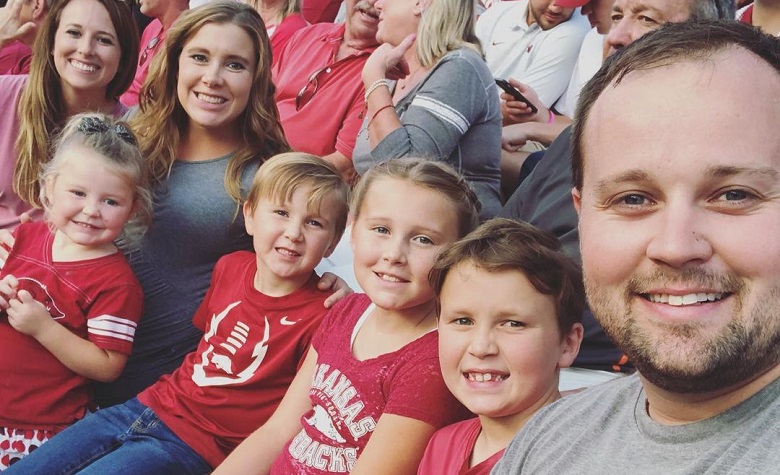 Counting On fans have seen the sudden disappearance of several Duggars online since Josh Duggar’s CSAM arrest. One of them is Josh’s wife, Anna Duggar, who hasn’t been posting anything online since the controversies. Apparently, Anna has been taking Josh’s side despite all the strong evidence against him. However, fans were surprised to see Anna liking a post on Twitter about speaking out. This made a lot of fans curious as Anna might be preparing for a social media return with a big message.

Counting On fans from Reddit discussed Anna Duggar’s rare appearance online. Apparently, Anna was spotted liking a post of Twitter CEO, Elon Musk, encouraging everyone to voice out and say what they want on the platform. According to some, it may be a hint that Anna is trying to motivate herself to finally speak up. It’s unclear what Anna is planning to say. Yet, fans believe it still has something to do with her convicted husband, Josh Duggar.

Who Helps Anna With Her Kids?

At this point, Counting On star Anna Duggar has yet to share who’s been helping with her 7 kids. Apparently, some fans think Anna is having a hard time with her kids, especially since the arrival of Madyson. Fans are also having a hard time getting updates from Anna after she deleted her Instagram. However, there are reports that Jana Duggar has been helping Anna with her kids. It’s also reported that Anna has been staying with her siblings in Texas.

Counting On: Will Anna Duggar Spend Holidays With The Duggars In Arkansas?

Counting On fans are also curious about how Anna Duggar will spend the holidays. It’s unclear if she’s celebrating with the Duggar family in Arkansas. Apparently, reports claimed that there’s been a rift in the family since Josh Duggar’s arrest and some of the Duggar kids are no longer on good terms with Anna. It also appears that Anna wants to avoid the public as much as possible. Due to this, fans can expect a silent Christmas and New Year’s Eve for Anna and her kids.

It’s clear to see that Josh’s arrest brought so many problems to the Duggar family. Will Jim Bob Duggar and Michelle Duggar pull off something in the upcoming holidays to try and redeem the family’s reputation? Let us know your thoughts in the comments.