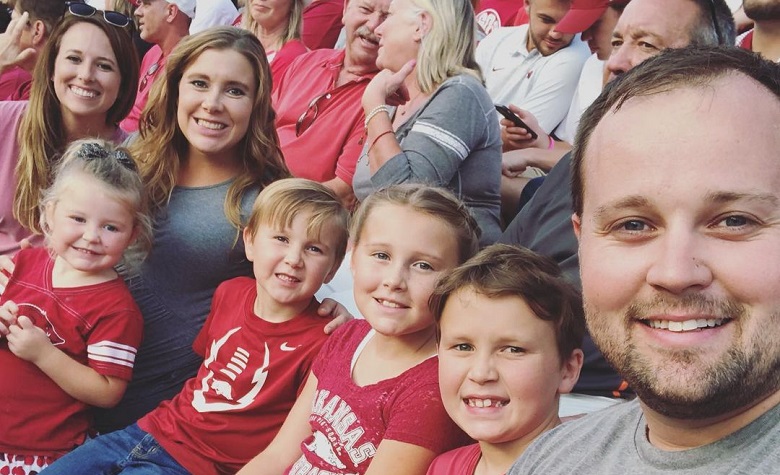 Counting On star Anna Duggar has been silent on social media for quite some time. Apparently, Anna has been stepping away from the online world since her husband Josh Duggar’s CSAM arrest. However, fans are still hoping that she’ll share an update about her kids soon, especially now that they need so much help. According to reports, Anna has been receiving the help of the Duggar family when it comes to her kids. However, fans still feel bad for Anna’s children as they might grow up without a father for quite a while.

Counting On: Why Fans Feel Bad For Anna Duggar’s Kids

Counting On fans took to Reddit to discuss why they feel bad for Anna Duggar’s kids. According to some, they can’t help but think of how Anna’s kids will grow up with their father’s scandals. “I really do feel sorry for that poor kid. The same as poor Meredith, born during one of her father’s scandals. These innocent children deserve so much better!!!” one person said. Meanwhile, fans are hoping that Anna is taking good care of her kids and is telling the truth to them, especially those who are old enough to understand their current situation. Meanwhile, some think that Anna is going to remain silent for years to come, especially if her husband faces long jail time.

Counting On fans still can’t believe the name of Anna Duggar’s 7th child. Apparently, Anna named her 7th child Madyson Lily Duggar, which is similar to the name of the site that Josh Duggar used to cheat on her.

Fans also took to Reddit to share their thoughts about why Anna would name her daughter that way. According to some, it may have been Anna’s way to remind Josh of his past mistakes. However, some think that Anna has thought of it and doesn’t really mind if it’s similar to the affair website.

At this point, Counting On star Anna Duggar has yet to share her whereabouts. However, she’s been spotted multiple times in the Duggar family’s recent gatherings, showing that she’s still in touch with them. It’s also reported that Jana Duggar has been helping Anna with her kids. Meanwhile, fans think that Anna is still not on good terms with some of her in-laws, especially those who were a victim of Josh’s molestation scandal.

It’s clear to see that Anna has been facing so much stress due to Josh’s scandals throughout the years. However, fans think that divorce will never be her option as she believes that her husband is innocent.