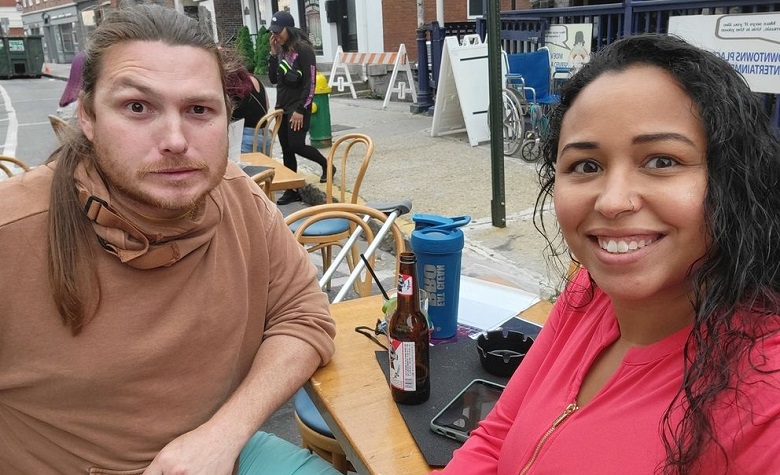 90 Day Fiance star Syngin Colchester has been keeping in touch with the fans lately. Most of the time, Syngin shares clips and pictures with his new girlfriend who goes by the name Shayna. Fans seem glad that Syngin is now living his best life with Shayna shortly after his divorce from Tania Maduro. There have been speculations that Syngin and Tania are no longer on good terms since their split. Until recently, when both of them were spotted partying with some of their co-stars, showing that they’re still going strong.

90 Day Fiance stars Syngin Colchester and Tania Maduro are making noise after a clip of them partying with other TLC stars surfaced on social media. The pair looked closer than ever during the party. Syngin even placed his arm over Tania’s shoulder and gave the camera a hush sign. However, fans think that Tania and Syngin are now just friends. Apparently, both of them are now living their own lives since their divorce. Syngin has been going strong with his new girlfriend as well, and fans don’t see any reason for him to cheat.

90 Day Fiance star Syngin Colchester has been going strong with his new lover, Shayna. The two have been partying and traveling over the past few months. Fans think both of their personalities perfectly match one another. Aside from their adventures, Syngin has been doing some side hustles as well. He’s been promoting his Cameo lately. Meanwhile, Shayna remains a mystery to many. But with Syngin’s frequent posts with her, fans are starting to get to know her even more.

90 Day Fiance star Tania Maduro was also rumored to have a relationship with her co-star, Michael Jessen. At this point, the two have yet to address their rumored relationship. However, there are reports that Tania and Michael are now planning to live together. Fans think Michael has been showing interest in Tanya over the past few months, especially by how he leaves sweet comments on some of her past social media posts.

It’s clear to see that a lot of things happened between Tania and Syngin this year. Meanwhile, fans are still glad that the two are still friends despite their divorce.