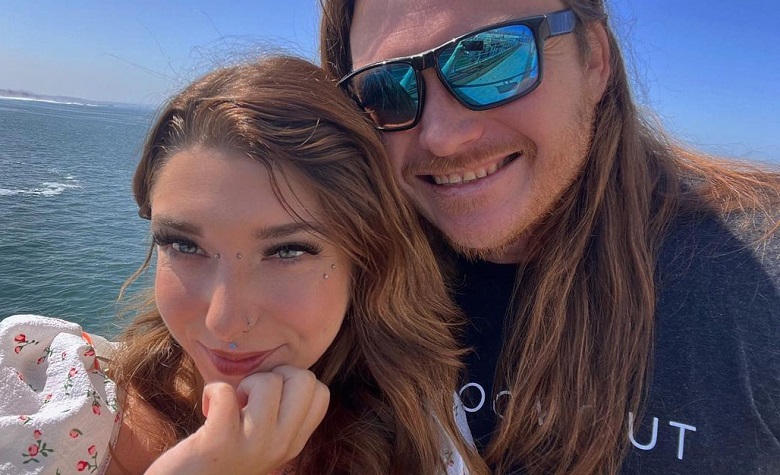 90 Day Fiance star Syngin Colchester has been living his best life with his new girlfriend who goes by the name, Shan Francisco. Most of the time, Syngin shares adorable clips and pictures from their recent adventures. Fans also think Syngin quickly fell in love with Shan due to their similar personality. Apparently, the two love going to parties. They’ve been going on trips to enjoy the beautiful views of nature as well. Now, Syngin is back to share another update for the fans. This time, Syngin shared more clips from his past adventures with his new lover.

In a social media post, 90 Day Fiance star Syngin Colchester shared a clip showing his past adventures with Shan Francisco. “From the archives pt 3,” Syngin captioned. It’s clear to see that Syngin and Shan have been traveling a lot and doing tons of activities behind the cameras. Fans also think it’s a clear indication that Syngin is now living a peaceful and happy life with his new lover. “Great to see you with a great gal and happy. You deserve it,” one fan said. “You look in love. Nice to see you happy Syngin,” another fan added.

90 Day Fiance star Syngin Colchester also took to social media to announce that he’s going to have a Q&A segment soon. According to Syngin, he hasn’t shared a lot of updates about his life lately, and he thinks that it’s about time to keep in touch with the fans. “Live Q&A coming this week! I have been very quiet about what’s actually going on in my life.. but I’m ready to talk about it all and share my crazy story,” Syngin said. It appears that Syngin will finally take a deeper dive into his split with Tania Maduro. Fans are also hoping that Syngin will share more details about his new lover and how things started between them.

Tania Maduro also raised some eyebrows with her recent YouTube videos. Apparently, Tania released a 3-part video about her story with Syngin Colchester before their split. However, fans think that it’s an inappropriate thing to do, especially with Syngin already living his life with his new lover. Some fans even took to Tania’s social media to tell her to move on and stop talking about her ex. Tania defended herself by saying that she only wants to grow her channel and has no intentions to harm Syngin and his new girlfriend’s relationship.

It’s clear to see that Syngin has finally moved on and is now happy with Shan Francisco. Meanwhile, fans are hoping that Tania will do the same thing and start creating a new path for herself.