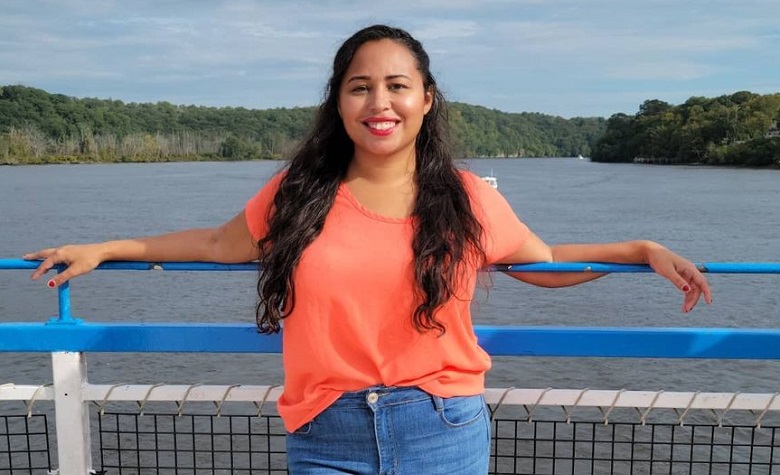 90 Day Fiance star Tania Maduro has been keeping in touch with the fans lately. Fans have noticed that she has become more active on social media since her split with Syngin Colchester. Most of the time, Tania shares her bonding time with her friends. She’s been partying a lot lately, and some pointed out that she has become what her ex used to be. Meanwhile, some are not impressed with Tania’s recent online activities. Apparently, Tania has been making videos about Syngin, and it not making people happy.

In a social media post, 90 Day Fiance star Tania Maduro shared a clip of the second part of her 3-part video series on YouTube where she shares her life with Syngin before their split. “Watch Vacationers Part 2 to see if Syngin and I actually married in Thailand before he even came to the USA,” Tania captioned. But fans aren’t happy about Tania’s post. According to some, Tania shouldn’t be talking about Syngin anymore as he now lives peacefully with his new girlfriend.

“I’m excited for u in the next phase of not talking about Syngin anymore. You my girl and all, but please let it go,” one person said. “Why r u still talking about him? He has moved on and posted pics with his new GF. I think you need to move on and start a new chapter dear,” another person added. However, Tania defended herself by saying that she was just trying to promote the video in the hopes of making her YouTube channel grow.

Syngin Continues To Live A Happy Life With New Girlfriend

At this point, 90 Day Fiance star Syngin Colchester has been living his best life with his new girlfriend that goes by the name, Shan Francisco. He recently shared his trip to La Jolla Beach in California with Shan. Fans are also glad that Syngin is not letting Tania Maduro’s recent videos affect his relationship with Shan. Fans also noticed that Shan and Syngin are meant for each other due to their free-spirited personalities. Meanwhile, fans are hoping that Syngin will share more details regarding his new lover as she remains a mystery to many.

Tania Maduro has been showing her outgoing personality over the past few weeks. She even took to social media to share her incredible weekend with Tiffany Franco. According to some, it seems that partying and traveling are some of Tania’s ways to deal with her split with Syngin Colchester. Tania has already expressed that she has moved on from Syngin. But fans doubt it due to her recent videos about him.

Meanwhile, fans are hoping that Tania will soon stop making content about her ex, especially now that he’s in a healthy relationship with his new lover. What are your thoughts on this? Let us know in the comments.