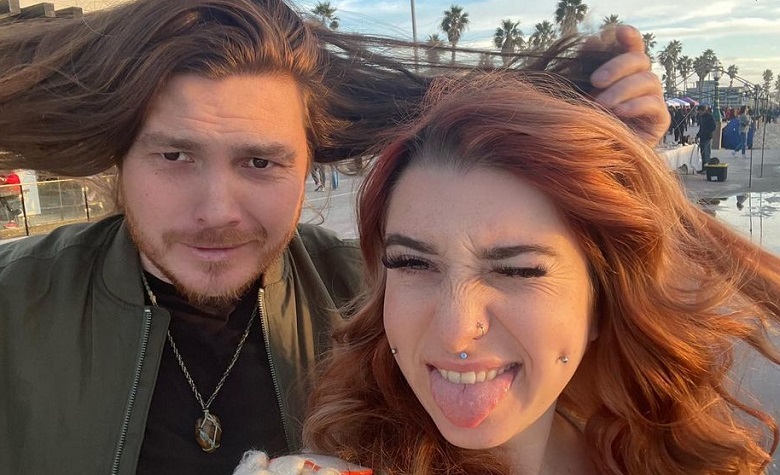 90 Day Fiance star Syngin Colchester has been keeping in touch with the fans lately. Most of the time, Syngin shares pictures with his new girlfriend who goes by the name, Shan Francisco. It also appears that the two fit so well together as they share the same hobbies, especially partying and drinking. Now, Syngin is back to share another update. This time, Syngin is celebrating the birthday of his new lover. Fans also think that Syngin is trying to shade his ex-wife, Tania Maduro, in his latest post.

In a social media post, 90 Day Fiance star Syngin Colchester shared a picture with his new lover as she celebrates her birthday. “Happy birthday @shanfrancisco thanks for being crazy with me and just enjoying life….it’s very refreshing,” Syngin said. After that, Syngin thanked Shan for loving him more than he could’ve asked for. “I have never been with somebody who loves me like you do…now let’s go grab a drink,” he added. According to some, it appears that Syngin is trying to say that Tania Maduro failed to give him the love he’s experiencing with Shan. Meanwhile, Shan took Syngin’s comment section to leave a heartfelt message. “Literally the easiest and best love I’ve ever felt… except for my dogs even though they like you better now,” Shan said followed by laughing emojis.

90 Day Fiance fans also think that Tania Maduro shaded Syngin and his new lover first on social media. Apparently, some fans recalled a clip of Tania reacting to Syngin’s new girlfriend. The clip shows Tania throwing her phone right after seeing Syngin and Shan. Tania made it clear that the clip was only for entertainment. But fans think that Tania is still hurt that Syngin quickly replaced her.

Syngin has been gaining a lot of fans after revealing his new girlfriend. This popularity may even result in TLC bringing the couple to the small screen. At this point, Syngin has yet to share if he’s interested in getting a spinoff show with Shan Francisco. However, fans think that a travel spinoff show with his new lover will be a big hit.

It’s clear to see that Syngin is now living his best life with Shan. Fans are also hoping that Syngin will continue to share more wholesome updates about their journey together. Would you watch a show with Syngin and Shan? Let us know in the comments.