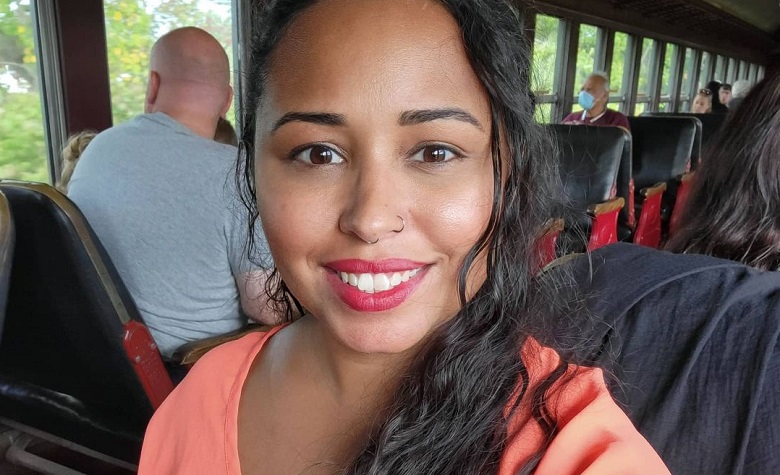 90 Day Fiance star Tania Maduro has been keeping in touch with the fans lately. Most of the time, Tania shares pictures from her recent adventures with her friends. It also appears that she’s been partying a lot since her split with Syngin Colchester. According to some, staying happy in life might be one of Tania’s ways to move on from Syngin faster. However, it seems that Syngin has already moved on from his split with Tania. Apparently, Syngin recently took social media to share a picture with his new girlfriend. Now, Tania is back to share another update for the fans. This time, Tania shares her hilarious reaction after discovering Syngin’s new lover.

In a social media post, 90 Day Fiance star Tania Maduro shared a clip of her reacting to Syngin Colchester’s new girlfriend. The clip shows Tania throwing her phone right after looking at Syngin and his new lover. “But seriously I’m happy for Syngin and his new chapter! PS. Don’t use me to throw shade at them,” Tania said. It appears that Tania still supports her ex-boyfriend despite their split. Fans are praising Tania for her positivity when it comes to Syngin. Meanwhile, some are cheering for Tania and said that her life has been much better since her split with Syngin. “but replacing Syngin with yourself is the best glow-up yet,” one fan said. “You are beautiful and your guy will come when the time is right,” another fan added.

90 Day Fiance fans also noticed that Tania Maduro has been partying a lot lately. She’s been traveling with her friends as well, and fans are praising her for being so active in life. Meanwhile, fans are hoping that Tania will find the right guy soon. Some are also speculating that Tania’s future relationships might get featured in TLC as well due to the popularity she’s been getting lately. On the other hand, it seems that Syngin Colchester is already enjoying his life with his new girlfriend. It also appears that the two have the same hobbies in life, especially when it comes to drinking. Fans also think that it’s one of the main reasons why Syngin quickly fell in love with her.

Syngin has been traveling a lot lately. Recently, Syngin shared pictures with his new girlfriend in Morro Bay, California. It also appears that they’re still around California as Syngin continues to sweet pictures of them. Meanwhile, fans think that Syngin still hasn’t found a job. Some were even amazed that he’s able to travel and party a lot despite having no regular income. However, some believe that Syngin has several ways of making money that he doesn’t share in public.

It’s clear to see that Syngin is now living his best life with his new lover. Will the two get featured in the future shows of TLC?