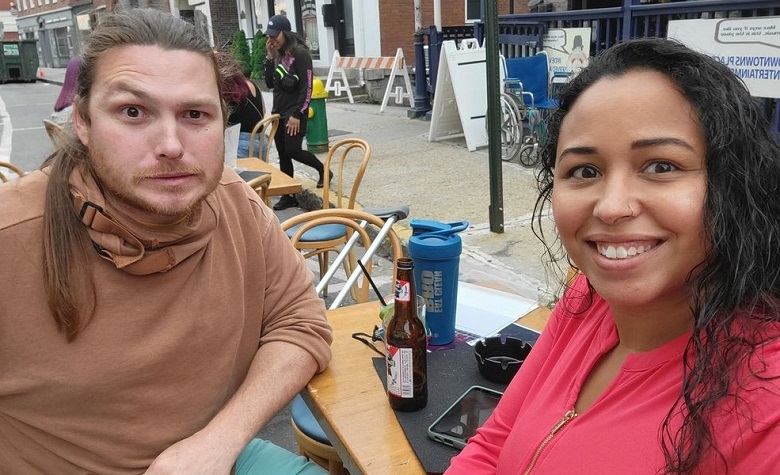 90 Day Fiance star Tania Maduro has been receiving the sympathy of the fans after her split with Syngin Colchester. Apparently, many felt sad about the separation of Tania and Syngin. Some even thought that they would be a successful TLC couple. Unfortunately, their relationship ended and it seems that there are no signs of them going back together. Now, Tania is back on social media to share an update with the fans. However, this time, it’s about celebrating the 6th month anniversary since her split with Syngin.

In a social media post, 90 Day Fiance star Tania Maduro shared a picture of her as she celebrates the 6th month anniversary of her split with Syngin Colchester. “It is officially the 6 month anniversary of my separation. I’ve been going through a transformation, embracing all of me and life,” Tania said. “I thought there would be no better place to bring in my next chapter. Get ready to see a side of me you haven’t seen yet,” she added.

It’s clear to see that Tania is motivated to show everyone the better version of herself after her split with Syngin. Fans are also cheering for her and wish her the best for the new chapter in her life. Meanwhile, some are hoping that Tania will find the right guy that will treat her better.

Will They Go Back Together?

At this point, 90 Day Fiance stars Tania Maduro and Syngin Colchester have yet to share an update about their relationship. The two were often seen commenting on each other’s social media posts. However, fans think that there’s only a slight chance that the two will get back together. Meanwhile, fans are happy that Syngin and Tania are living their best lives despite their split. Fans also think that the two needed it so much as it will help them heal and move on much faster.

90 Day Fiance star Syngin Colchester has been sharing humorous posts on social media lately. Fans also think that it’s one of his ways to show that he’s now living his best life despite his split with Tania Maduro. Syngin’s last post was about happiness. “What is happiness??? It’s when you are free from judgment, stress and you permanently stay in the wild. I think I might just do that,” Syngin said.

It’s clear to see that Tania and Syngin are trying their best to stay happy with their lives despite their separation. Meanwhile, fans are hoping that the two will continue to find happiness as they enter a new chapter in their lives.