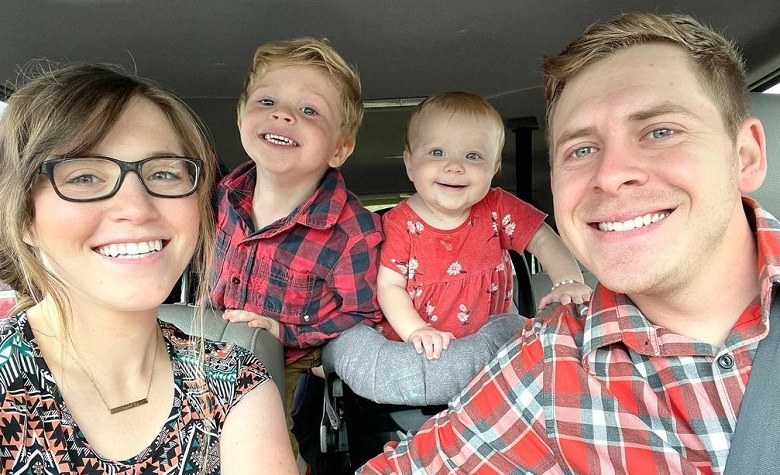 Counting On star Joy-Anna Duggar has been keeping in touch with the fans lately. Most of the time, Joy-Anna shares adorable stories about her kids. Fans are also glad that Joy-Anna has been having a healthy pregnancy. She also revealed recently that she’s going for a hospital birth for her third child. Now, Joy-Anna is back to share another update for the fans. This time, she is sharing a throwback picture from a past Thanksgiving and compares it to this year’s.

In a social media post, Counting On star Joy-Anna Duggar shared a throwback picture from their Thanksgiving in 2020 and later compared it to this year’s Thanksgiving. It’s clear to see that the kids grew so much after 2 years. There have been some changes in their house as well. Joy-Anna didn’t share a lot of pictures from their Thanksgiving. However, she recently revealed that they spent the holidays with Austin Forsyth’s family in Texas. Joy-Anna has been active on her YouTube channel as well. Due to this, fans can only hope that Joy-Anna documented their festivities.

Counting On star Joy-Anna Duggar also took social media to share her latest haircut video. However, it received mixed reactions from the fans due to Austin Forsyth’s reaction upon seeing her new look for the first time after getting back home from work. According to some, Austin’s reaction was so “dead” and “boring.” Joy-Anna also acknowledged Austin’s odd reaction and told the fans that he was just so tired after driving all day. Joy-Anna later said in the comment section that Austin loves it and appreciated her new hairstyle more after getting some rest.

Counting On stars Jim Bob and Michelle Duggar have yet to share how they celebrated Thanksgiving, which they usually do back in the day. However, Jim Bob’s recent post on the family’s official website about focusing on a healthy lifestyle caught the attention of many. According to Jim Bob, he weighed 232 pounds, which is the most he has ever weighed. Due to this, he tried to find ways to lose weight and maintain a healthy diet, and some think there’s a possibility that Jim Bob skipped the Thanksgiving festivities. Jim Bob also said that he has lost weight after 40 days of eating healthy foods and exercising.

Meanwhile, fans think there’s still a possibility that the family celebrated behind the cameras. Especially after Justin Duggar and Claire Spivey paid a visit in Arkansas a day before Thanksgiving. What are your thoughts on this? Let us know in the comments below.