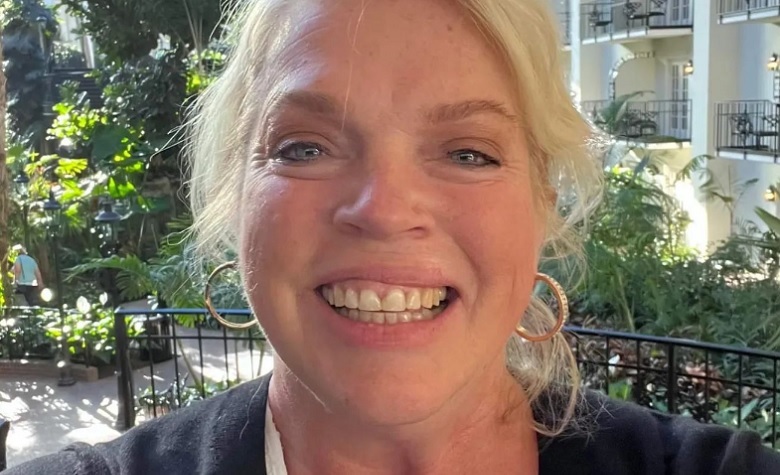 Sister Wives star Janelle Brown has been keeping in touch with the fans lately. Most of the time, Janelle shares incredible updates about her healthy lifestyle. She even paired up with Christine Brown to promote the same diet product. Some fans have been noticing Janelle’s glowing looks as well, and many believe that it’s due to her healthy diet. Now, Janelle is back to share another update for the fans. This time, Janelle impresses fans with her 5-minute recipe.

In a social media post, Sister Wives star Janelle Brown shared a picture of the 5-minute recipe she made after getting home late. According to Janelle, she was supposed to order online but realized that she has shrimp already defrosted. “So I made some quick 5 min grits, thew in a little bit of low-fat grated cheese, cooked the shrimp in a pan with some Cajun seasoning, and dinner was served,” she added. Janelle also said that she was able to save money with the quick recipe she just made.

Moments later, fans took to Janelle’s comment section to praise her creativity. “Looks great! Need a cooking with Christine AND Janelle show!” one fan said. Others agree and pointed out how Janelle and Christine love to share their recipe ideas online. But some think it’s not going to be easy as Janelle and Christine live too far from each other.

Sister Wives star Janelle Brown also took to social media to share a clip about her healthy lifestyle. She also revealed the amazing things Plexus has brought to her life in just a year. Janelle also went to her comment section to answer questions from the fans. Some of them are questions about how they can join her journey. Others also praised Janelle for her discipline in maintaining a such lifestyle.

Sister Wives: Janelle Brown Has Been Silent About The Plural Family

Janelle Brown has yet to talk about the plural family amid their struggles in Season 17. Apparently, things have been falling apart in the latest season as Christine Brown expresses her desire to leave. Some think that Janelle had enough of Kody Brown as well, and it’s one of the main reasons why he’s been out of sight on her social media. Janelle has also supported Christine’s decision to leave as well, and some believe it’s an indication that Janelle will eventually follow in her footsteps.

It’s clear to see how bad things have turned in the plural family. It also appears that Kody’s Coyote Pass project is now in jeopardy due to his family’s never-ending struggles. Do you think it can be repaired? Let us know and watch Sister Wives Sundays on TLC.