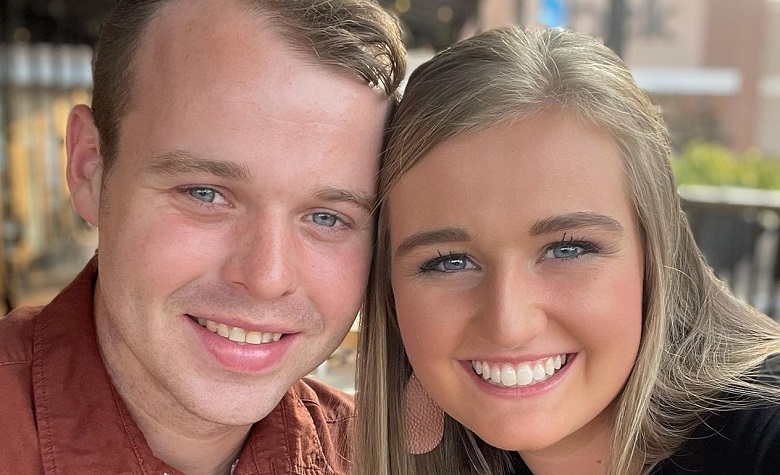 Counting On fans have been keeping their eyes close to Joseph Duggar and Kendra Duggar over the past few months. Apparently, the two have been silent on social media for over a year, creating several speculations from the fans. One of them is the possibility that Kendra is expecting her fourth child. There are also rumors stating that Kendra may have already given birth and wants to keep it a secret. Now, the rumors about Kendra’s secret baby are rising once again after fans noticed an “unknown” child during Joy-Anna Duggar’s gender reveal party.

Counting On fans took to Reddit to discuss the mysterious child Joseph Duggar is carrying during Joy-Anna Duggar’s gender reveal party. According to some, there’s a possibility that it’s the rumored 4th child of Joseph and Kendra Duggar. Others agree and pointed out that Joseph and Kendra’s third child, Brooklyn Praise, is so big now and impossible that she’s the one being carried by Joseph. At this point, the Duggars remain silent about Joseph and Kendra’s rumored baby. But some fans already took the couple’s last social media post to congratulate them despite their long online absence.

Counting On stars Joseph Duggar and Kendra Duggar have been silent on social media for a year. It’s unclear what caused the two to disappear from the online world. But fans think Josh Duggar’s CSAM arrest and all the controversies of the Duggar family forced the couple to lay low. Some fans are also praising their decision to live a private life away from the cameras. However, some fans are still hoping that Joseph and Kendra will eventually return and share major updates about their family.

Aside from Kendra Duggar, Counting On fans are also speculating about another possible addition to the Duggar family. According to some, Josiah Duggar and Lauren Duggar already had their baby number 2. There have been clips and pictures of an unknown baby in some of the Duggar family’s recent gatherings as well, fueling the speculations even further. Unfortunately, fans are having a hard time getting updates from the couple after they left social media.

At this point, Lauren and Josiah’s social media page is completely empty. Jim Bob Duggar and Michelle Duggar haven’t been sharing updates about their kids and grandkids as well, and some think they’re lying low due to Josh Duggar’s conviction. Do you think they will reemerge any time soon? Let us know in the comments.