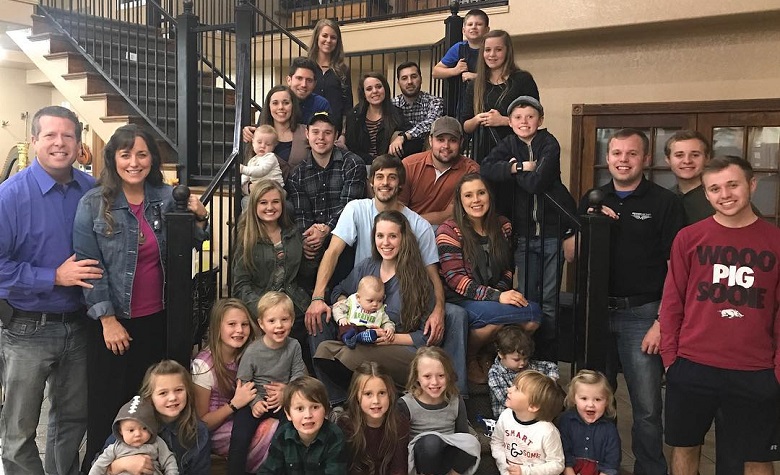 Counting On fans have been celebrating the arrival of Jed Duggar and Katey Nakatsu’s first child, Truett Oliver Duggar. Fans are also excited for the upcoming third son of Jill Duggar. Abbie Duggar also went headlines after announcing that she’s pregnant with a baby boy. However, some think that Jill and Abbie are not the only Duggars expecting this year. Apparently, fans have been speculating that multiple Duggars are currently pregnant as well, but they just want to keep things private. Meanwhile, fans think that they’re just waiting for a big announcement similar to what Abbie and Jill did.

Counting On: Is Kendra Duggar Pregnant?

Counting On fans took to Reddit to discuss the possibility of Kendra Duggar’s pregnancy. Apparently, it all started when fans spotted Kendra in a Duggar gathering months ago with what seems to be a baby bump. However, since then, fans barely got any updates about Kendra. According to some, it seems that they want to keep things private about her pregnancy. But it seems that Kendra couldn’t escape her eagled-eyed fans. According to reports, Kendra was spotted in an OB’s office recently. At this point, none of the Duggars have confirmed Kendra’s pregnancy.

Counting On star Lauren Duggar also sparked pregnancy rumors due to her sudden social media silence. Fans also noticed that she deleted tons of photos on her social media page. It’s still unclear what’s the reason behind it. However, fans think that Lauren wants to live a private after all the controversies that Josh Duggar brought to the family. Meanwhile, an insider close to the Duggars also claimed that Lauren is expecting a baby boy. It’s also the same person to expose the name of Anna Duggar’s 7th child.

Counting On fans are also glad that their predictions for Abbie Duggar were correct. Apparently, the photo of Abbie with her friend holding her tummy was the turning point for the fans to believe that she’s expecting. Days after the photo was uploaded, Abbie herself took to social media to confirm that she’s expecting a baby boy and is due in late summer. On the other hand, Joy-Anna Duggar also sparked pregnancy rumors due to her sudden absence on social media. However, some think that Joy-Anna and Austin Forsyth are just busy with their own lives and they’re focusing more on their kids.

It’s clear to see that the Duggars are getting bigger this year. Fans are also hoping that some of the inactive Duggars will return soon and share more updates about their lives.