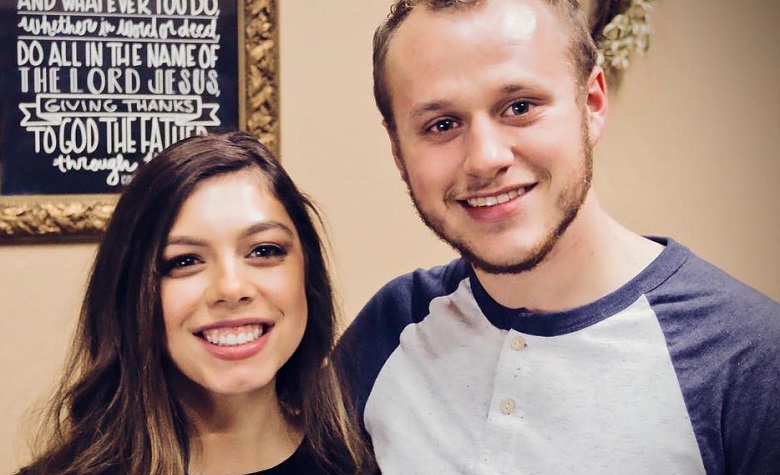 Counting On stars Josiah Duggar and Lauren Duggar have been silent on social media for quite some time now. Fans also noticed that the two deleted a lot of their photos online, and some think that it has something to do with all the controversies of the Duggars. According to some, it’s possible that Lauren doesn’t want the same attention that the Duggars are facing today. Apparently, Josh Duggar’s CSAM arrest damaged the reputation of the conservative family. Fans also think that Josiah and Lauren want to live a peaceful life away from all the issues. However, some think that there’s another reason for their absence.

Counting On fans took to Reddit to discuss the possible reason behind Josiah Duggar and Lauren Duggar’s social media absence. Aside from Josh Duggar’s CSAM arrest, fans think that Josiah and Lauren decided to leave due to her rumored pregnancy. Some even think that Lauren has already given birth to her second child and wants to keep it private. “I can totally see Lauren and Josiah already had their 2nd kid and just kept quiet about it,” one person said. Meanwhile, some are glad if that’s going to be the case for Lauren. “It’s actually refreshing to see. I’m personally so tired of families who exploit their children,” another person added.

Fans Think Jessa Duggar Is The Only Way

Counting On fans also think that the only way to get an update about Josiah and Lauren Duggar is through Jessa Duggar. Apparently, Jessa usually posts videos during a Duggar family gathering. According to some, it’s possible that Jessa might capture the two spending time with the family. Fans also think that it’s the only way to confirm if Lauren has already given birth to her second child.  Meanwhile, some are speculating that Josiah and Lauren might be stepping away from the Duggars for good to avoid all the controversies and negativities.

Counting On: Josiah Duggar & Lauren Duggar Aiming For A Spinoff?

Counting On fans also think that Josiah Duggar and Lauren Duggar might be aiming for a TLC spinoff featuring their lives together. According to some, it’s noticeable how the two avoid the Duggar family and all of their recent controversies. Fans also think that their sudden silence on social media might be a result of their busy schedule due to filming. Josiah and Lauren aren’t the only Duggars speculated to get their own spinoff. Apparently, fans also want Jana Duggar to get her own spinoff show where she tries to find the love of her life.

It’s clear to see that fans still want more from the Duggar family. However, it seems that it’s going to be hard to tell if they will ever come back to the small screens.