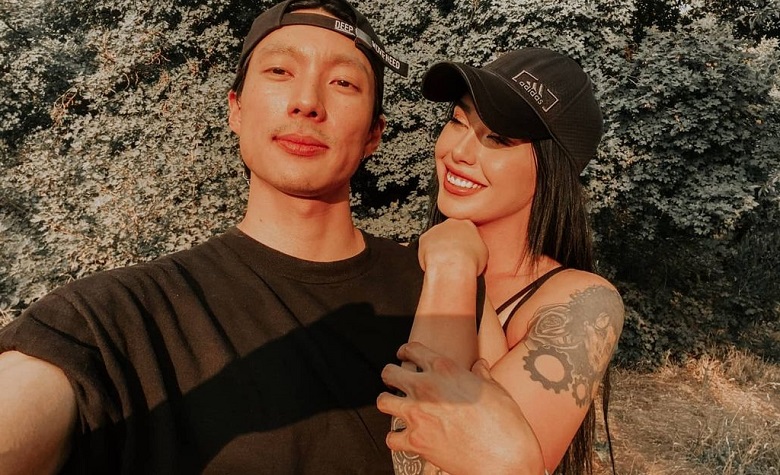 90 Day Fiance star Deavan Clegg has been sharing updates about her sick son, Taeyang. Apparently, Taeyang was diagnosed with childhood cancer. Family and friends of Deavan have been sending help and well wishes for her baby. Many are also praising Deavan’s mother, Elicia Clegg, for setting up a fundraiser for her grandson. Now, Deavan is back to share another update for the fans. This time, she is sharing how she celebrated her birthday amid Taeyang’s condition.

In a social media post, 90 Day Fiance star Deavan Clegg shared how she celebrated her birthday a couple of days ago. According to Deavan, she celebrated in the hospital because Taeyang needed an emergency blood transfusion. “It was terrifying. Another reminder how scary cancer can be. I’m just happy I could be by his side and hold him closely today,” she added. It’s clear to see that Deavan is willing to sacrifice anything for her son. Fans have been praising her for her incredible efforts with Taeyang. Meanwhile, Taeyang continues to touch the hearts of many as he continues to fight cancer and get better for his mother.

The 90 Day Fiance star also took to social media to share major updates about her pregnancy. According to Deavan, she gave birth back in October. She apologized to her fans for her lack of updates regarding her third baby. Despite the lack of updates, it seems that everything is going well for Deavan’s newborn.

Fans of 90 Day Fiance are glad that Taeyang’s fundraiser is growing. At this point, it has reached $30k with a goal of $50k. Elicia Clegg posts updates regarding Taeyang on the fundraiser’s website as well. According to Elicia, Taeyang hasn’t been well throughout the past treatments, but he’s trying his best to stay strong. Elicia also revealed that the recent laboratory results weren’t so good. Due to this, he needed more blood transfusions. Meanwhile, Jihoon Lee has been completely absent from social media since learning about Taeyang’s condition.

It’s clear to see that Deavan and her family are facing tons of challenges. At this point, fans can only hope that Taeyang will recover quickly and finally be able to spend time with his newborn sibling.

‘Sister Wives’: Fans Call Out Kody For His Statements About Janelle
‘Counting On’: Jinger Back In Workout Routine After Recovering From Flu
’90 Day Fiance’: David Shares Hilarious Post-Thanksgiving Clip With Annie
‘Counting On’: James Teases Something ‘Wild’ Is Coming For The Duggars
‘Counting On’: Joy-Anna Shares Throwback Thanksgiving Pic With Family