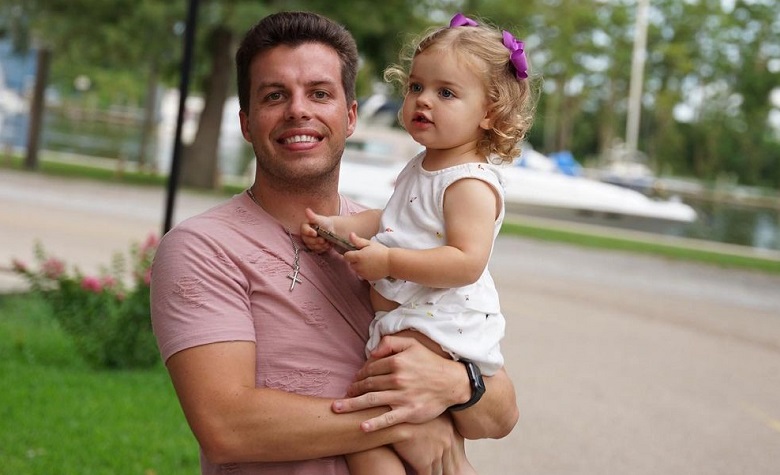 90 Day Fiance star Jovi Dufren has been sharing adorable updates about his daughter, Mylah. Fans are amazed that Mylah is already used to traveling a lot at a very young age. Many are also praising Jovi and Yara Zaya for making unforgettable memories with their daughter. Now, Jovi is back to share another wholesome update with fans. This time, Jovi shares how Mylah enjoyed their vacation in Prague.

In a social media post, 90 Day Fiance star Jovi Dufren shared how Mylah enjoyed their stay in Prague. According to Jovi, she had a blast on her trip to Europe. Jovi also said that Mylah went with the flow and was able to adapt to the colder weather. He revealed that he’s happy about giving his daughter the chance to see the world. Jovi has already expressed his desire to travel a lot with Mylah. With his daughter starting to get bigger, fans can expect longer trips from Jovi and Yara Zaya.

90 Day Fiance star Jovi Dufren also took to social media to share his next travel destination. According to Jovi, he’d like to go back to Asia or Australia at some point. He also revealed that it’s been a few years now since he last traveled to Asia and Australia. It’s unclear which one will Jovi pick first. It seems that he already has a lot of travel plans for the future. Meanwhile, fans are also hoping that Jovi and Yara Zaya will finally come up with a final decision regarding their plans to move, especially now that Mylah is getting bigger.

90 Day Fiance star Yara Zaya shared a new wholesome clip with Mylah on social media. The clip shows Yara playing with her daughter and introducing her to the camera in the most hilarious way. “Story about MYLAH,” Yara captioned. Later in the clip, Yara shared more details about what Mylah likes to do and the food she loves. Mylah also showed her talkative side in the clip. Fans were left in awe by her adorable laughs as she snuggles with her mother.

Yara and Jovi Dufren are having fun as parents. Fans have been praising their hard work and their drive to provide an amazing life for their daughter.

Get more updates on Jovi, Mylah, and Yara here at Entertainment Chronicle.