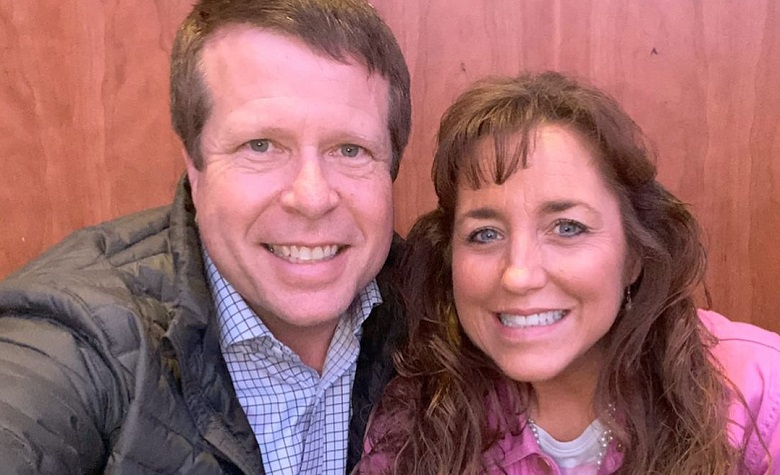 Counting On fans have seen Jim Bob Duggar’s wealth throughout the years. Aside from his income from TLC, Jim Bob is also known for his massive real estate business. Fans have been impressed by his ability to give his kids properties, especially when they get married. However, fans think the tables have suddenly turned for Jim Bob. According to some, it appears that his wealth is drying up after all the controversies that the Duggar family faced since Josh Duggar’s conviction.

Counting On: Why Fans Think Jim Bob Duggar’s Wealth Is Drying Up

Counting On fans took to Reddit to discuss why Jim Bob Duggar’s wealth might be drying up. According to some, Jeremiah Duggar’s recent revelation about living in a camper van with his wife, Hannah Wissmann, is an eye-opener. Many thought that Jim Bob would give Jeremiah property after getting married. However, it’s not the case this time, and fans think that Jim Bob may be struggling financially.

“I was thinking the money was drying up. The Duggars have had property as long as they’ve been in the public eye, but building on it is expensive,” one person said. “No more of that sweet, sweet TLC money,” another person added. Aside from real estate, fans couldn’t think of any other ways where Jim Bob makes money.

Some think that their controversial reputation has affected his business. Others believe that it’s one of the main reasons why he badly lost the local election in 2021 when he ran for Arkansas State Senate.

Counting On fans are also puzzled as to why Jim Bob Duggar and Michelle Duggar suddenly stepped away from social media. According to some, Jim Bob and Michelle could’ve tried to redeem themselves and the family’s image by continuing to post wholesome content online. They’ve been silent when it comes to their newborn grandkids as well. It appears that the Duggars no longer make big gatherings, especially during especially occasions. There are reports stating that there’s been a rift in the family since Josh’s arrest.

Counting On: Jana Duggar Is Supposedly The New Face Of The Family?

Counting On fans also recalled the time when Jana Duggar was speculated to be the next family member to handle the family’s social media page. There have been reports stating that she did some of the last few posts on the family’s page. However, fans were surprised when Jana herself seemingly left social media. She hasn’t posted anything since March 2022. Her last post was a picture of herself recycling wood scraps for future projects. Jana has been spotted multiple times in recent months on her siblings’ social media pages, showing that she’s doing well amid her absence.

Some fans are hoping that Jana will return to social media soon. Many people also hope that she will get the chance to leave the family like some of her older siblings have. Only time will tell. To stay up to date on Jana and the whole Duggar clan, return to Entertainment Chronicle.