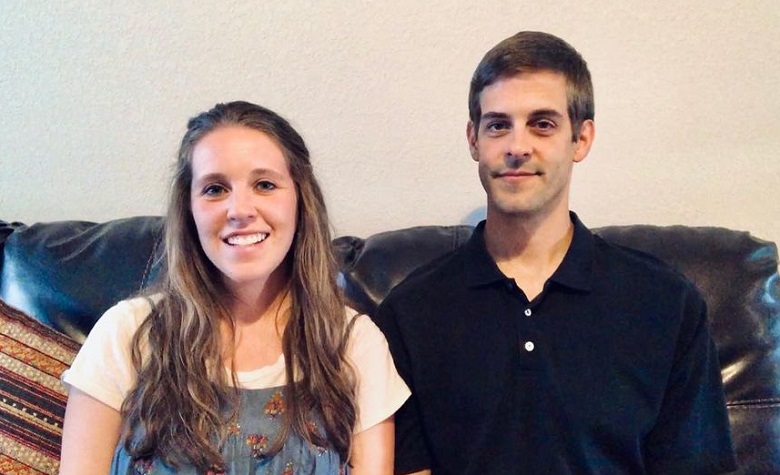 Counting On star Jill Duggar loves to share wholesome pictures of her kids on social media. Jill usually shares Sam and Israel’s bonding time with their father, Derick Dillard. The kids are having so much fun taking care of Frederick as well. It also appears that Frederick’s arrival took away all of Jill’s stress due to the past controversies of the Duggar family. Jill and Derick also moved to Oklahoma months ago. Since then, the two have been trying their best to get to know their new hometown. Oklahoma also means a lot to Derick and his parents. Derick also took to social media recently to share that Oklahoma State University honored his father and gave him an opportunity to speak in front of a crowd.

In a social media post, Counting On star Derick Dillard shared pictures at the Oklahoma State University homecoming ceremony. Apparently, OSU honored Derick’s late father, who played for the university’s mascot, Pistol Pete. “My mom accepted a gift honoring my dad (Pistol Pete #27) as part of an event remembering Pistol Petes who had passed away,” Derick said. Derick also is also honored to speak for his father in front of the crowd. Family and friends of Derick also took to his comment section to cheer for him and his loving family.

Counting On star Derick Dillard has been busy since moving to Oklahoma with his family as well. Apparently, Derick is now a licensed attorney in Arkansas and Oklahoma. But despite his busy schedule Derick never forgets to spend time with his wife and kids. Jill even shared adorable pictures of Derick wresting with his sons after returning from work. Meanwhile, fans find it odd that nobody in the Duggars acknowledged Derick’s incredible achievements. According to some, it seems that Derick is still not on good terms with the family after teasing that he’s writing a tell-all book about them.

Counting On: What’s Next For Jill Duggar & Derick Dillard?

At this point, Counting On stars Jill Duggar and Derick Dillard are still focusing on their newborn son, Frederick. It also appears that Derick and Jill are doubling their effort on making extra income as their kids start to get bigger. Fans have been praising Jill’s decision to send Israel to a real school as well, and many already assume that Sam will follow in his brother’s footsteps. Fans are also glad that Jill quickly recovered after having gallbladder surgery. Some also pointed out that Jill has become more active lately, especially when it comes to spending time with the kids.

It’s clear to see that Jill is living her best life despite her estrangement from her parents. But fans are hoping that Frederick will be the bridge for Jim Bob and Michelle Duggar to finally make things better with their daughter. Do you think that this is possible or has the ship sailed? Let us know your thoughts in the comments.