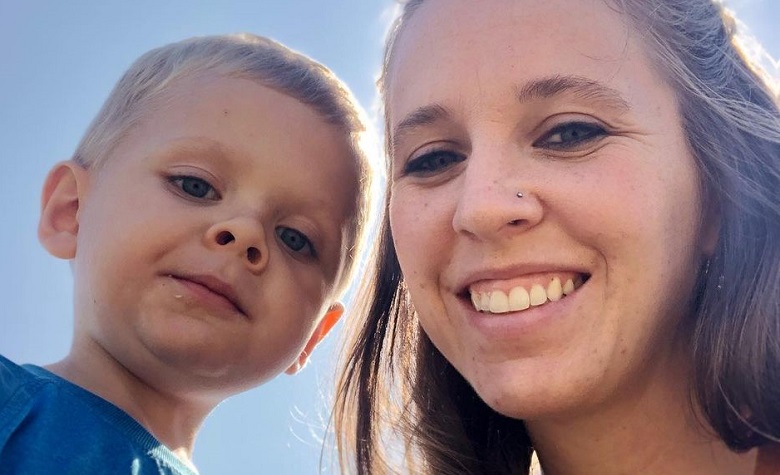 Counting On star Jill Duggar has been keeping in touch with the fans lately. Most of the time, she shares adorable updates with her kids, especially her newborn son, Frederick. Fans are also glad that Jill is finally back with her online activities. Apparently, Jill took a quick break after having gallbladder surgery. Now, she has been posting adorable pictures of her family from time to time. She even took social media recently to share what her kids do whenever her husband, Derick Dillard, gets back from work.

In a social media post, Counting On star Jill Duggar shared an adorable picture of the kids playing with Derick Dillard. According to Jill, the kids usually beg to play wrestling with Derick once he gets back home from work. Frederick also appears to enjoy watching them play.

“love watching my boys! They’re growing up so quickly & I don’t like to think about how soon they’re gonna be full grown men! For now I’ll cherish the little moments like these!” Jill captioned the post. Some fans also took Jill’s comment section to talk about how big Sam and Israel have become. Meanwhile, others were left in awe seeing Frederick seemingly thinking about his wrestling moves to his father once he gets bigger.

At this point, Counting On star Jill Duggar has yet to share major updates regarding her son, Frederick. However, fans already assume that Frederick is doing well with all of Jill’s recent positive posts. It also appears that Jill and her family are enjoying their lives in Oklahoma. On the other hand, Derick Dillard has been successful with his career lately. Jill even revealed that Derick is now a licensed attorney in both Arkansas and Oklahoma.

Counting On: Jill Duggar’s Estrangement From Her Parents

It seems that Counting On star Jill Duggar still has no plans of reuniting with his parents. Apparently, Jill hasn’t talked to Jim Bob Duggar and Michelle Duggar for a couple of years. She previously revealed that they’re heading toward healing. But with Josh Duggar’s recent CSAM conviction, fans believe that the chances of Jill reuniting with them get back to zero. There are also reports stating that Derick is still working on his tell-all book against the Duggars. But fans are starting to doubt it due to Derick’s busy schedule with his new job.

It’s clear to see that Jill has become one of the most successful daughters of Jim Bob and Michelle. Fans are also hoping that Jill will become an inspiration to some of her siblings to branch out and live their lives the way they want to.