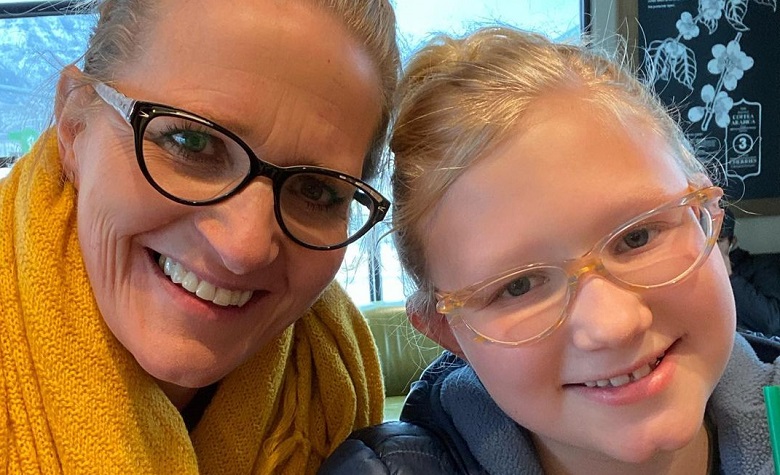 Sister Wives star Christine Brown has been receiving a lot of support from fans lately. She has been living her best life since leaving Kody Brown last year. Since then, Christine frequently posts wholesome clips and pictures with her kids in Utah. It’s known that the 17th season will take a deeper dive into how the plural family will deal with Christine’s departure. TLC also revealed that the upcoming episode will finally show Christine gathering the wives to share her plans to divorce Kody. It seems that Christine is unbothered by what’s been happening in Season 17. She even took social media to share another wholesome story about preparing a snack for her daughter, Truely.

In a social media post, Sister Wives star Christine Brown shared a picture of the healthy snack she made for Truely. “Possibly the best hummus I’ve made to date! Truely will love her after school snack today! What do you do your veggies in?” Christine captioned. Many people are looking forward to her upcoming spinoff cooking show with TLC.

Sister Wives star Christine Brown also took to social media to share a clip from the latest episode of her cooking show spinoff, Cooking With Just Christine. Ysabel Brown also joined her mother this time as they bake a coffee cake. The episode is filled with wholesome mother-daughter conversations between Christine and Ysabel.

Fans also took Christine’s comment section to talk about how glowing Ysabel looks. “Ysabel looks like she grew, even more, this far out from surgery. You both look wonderful,” another fan added.

Fans of the show have noticed Christine and Janelle Brown’s strong relationship as well. Apparently, the two have been promoting the same diet program and Plexus. However, some think it’s not the only reason for their closeness. According to some, it appears that Janelle is taking Christine’s side as she continues to struggle with Kody Brown. Christine herself also revealed that Janelle fully supported her decision to leave Kody.

At this point, it’s unclear if Janelle will follow in Christine’s footsteps and step away from the plural family. Fans also think Meri Brown has been suffering from Kody’s absence as well. Will Kody still come up with a plan to end their struggles? Come back to Entertainment Chronicle to find out!