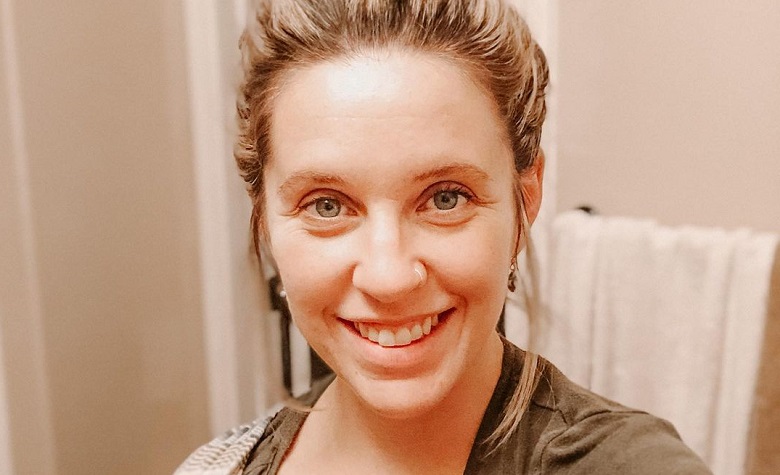 Counting On star Jill Duggar has been trying her best to recover fast after undergoing gallbladder surgery. Most of the time, Jill shares what her family has been up to during her recovery. Jill also revealed that she’s been getting a lot of help from her family and friends. Fans are also glad that Jill’s recovery is going well. She even took social media recently to share a clip from Sam and Israel’s swimming lessons, showing that she can now travel outdoors. Now, Jill is back with another wholesome post. This time, Jill shares how amazed she is by Frederick’s rapid growth.

In a social media post, Counting On star Jill Duggar shared a lengthy message talking about Frederick’s growth. She even shared a throwback picture of herself carrying Frederick when he was born. “How is my baby so big already?! #throwback to a little over 2 months ago when I was squeezing in all the snuggles I could with my little Freddy!” Jill captioned. Jill also revealed the challenges they faced when Frederick arrived. Apparently, her third baby had to stay in NICU after being born a little earlier than expected. Fortunately, everything went well for Frederick. Fans are also praising Jill and Derick Dillard for their incredible efforts for Frederick.

Jill Shares Family Adventures For The Past Months

Jill Duggar also took social media to share her family’s adventures over the past few months. According to Jill, they were able to do a lot of things months ago. Aside from hiking and enjoying nature, Jill also revealed that the kids have been busy with their swimming lessons. Jill also revealed that the past weekend was their first “normal weekend” after facing several challenges due to her gallbladder surgery and busy schedule. Meanwhile, fans are hoping that Jill will also share a vlog from their recent adventures, which she usually does back in the day.

Counting On star also shared a clip of herself showing off her energetic side. Apparently, Jill is excited to share that she’s finally having her first apple cider for the season. “Having my first cup of apple cider for the season!” Jill said. She also took the opportunity to promote the apple cider product she’s been drinking. Fans are also praising Jill for her healthy lifestyle as well. It also appears that the kids have also adapted to Jill’s healthy living.

It’s clear to see that Jill and her family are living their best lives amid all the controversies of the Duggars. Fans also think that Frederick’s arrival brought so much positivity to Jill’s family. Fans are also hoping that Frederick will be the bridge for Jill and her parents to finally reconnect.