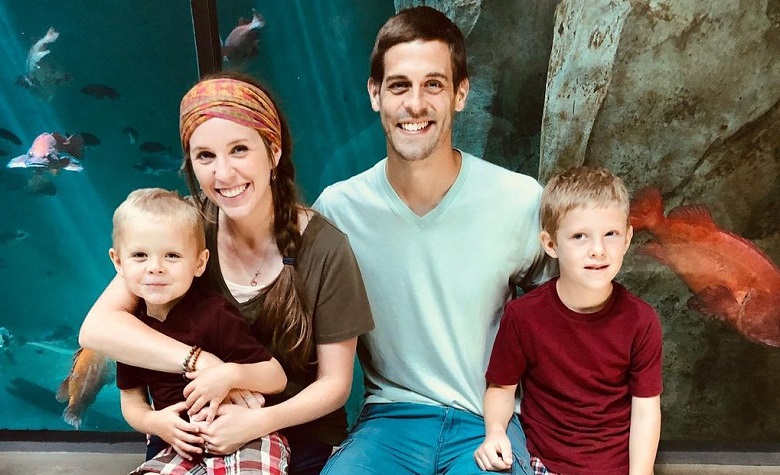 Counting On star Jill Duggar loves to share wholesome pictures of her kids on social media. Fans are also praising Jill for keeping in touch amid her recovery from her recent gallbladder surgery. Jill is also thankful for all the family and friends who have been helping throughout her recovery. Now, she is back to share another update for the fans. This time, Jill shares her preparations for the fall season.

In a social media post, Counting On star Jill Duggar shared her preparation for the fall season with the kids. According to Jill, she has already brought out their decorations and the kids will help. But aside from decorating, Jill also revealed that she’s excited to finally read their favorite book again for the season. It’s a children’s book that focuses on picking fruits from trees and more details regarding pumpkins and apples. Jill has yet to share the final results of their decorations. But fans can expect that she will soon share by the time they’re done.

At this point, Jill is the only member of the family getting ready for the fall season, which is an unusual sight for the fans. Apparently, the Duggars usually celebrate and make big gatherings every time the season changes. However, some think that it’s too early to speculate that they won’t be seeing each other again soon. Yet, many believe that it’s going to be the case for Jill. According to some, Jill has been estranged from the Duggar family for years, and it seems that things are still not getting better between her and her parents.

Counting On star Jill Duggar previously revealed that she’s been trying her best to recover fast after having gallbladder surgery. Fans have been wishing Jill a fast recovery as well, and it appears that it’s been helping her stay stronger. Meanwhile, Jim Bob and Michelle Duggar remain silent amid Jill’s condition. Fans are also calling them out for not acknowledging Jill’s son, Frederick, as well as the other newborn Duggars.

It’s clear to see that Jill is trying her best to bring back her strength. Fans are also praising Sam and Israel for looking after Frederick while she recovers. Hopefully, she continues to heal so she can celebrate the upcoming fall season and that comes with it. What do you think of her getting ready with the decorations so soon? Let us know.