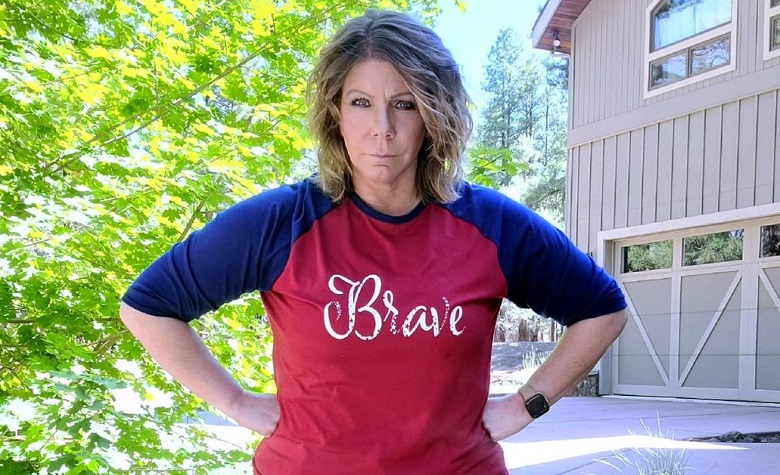 Sister Wives star Meri Brown has been sharing cryptic quotes on social media lately. Most of the time, Meri’s quotes talk about dealing with relationship struggles and staying strong despite all the negativities in life. It’s clear to see that Meri is using her social media to express how she feels about her current situation. Fans have seen how Kody Brown mistreated Meri throughout the years. However, it seems that Meri is not giving up easily. She even took social media recently to talk about a person’s inability to solve a problem, which seems to shade Kody and his poor decision makings for the family.

In a social media post, Sister Wives star Meri Brown shared a quote that talks about solving problems in life. “A door is much small compared to the house, a lock is much smaller compared to the door and a key can open the entire house,” Meri said. “Thus a small, thoughtful solution can solve major problems,” she added. According to some, it appears that Meri is shading Kody Brown’s inability to solve the plural family’s problems. Apparently, some of the wives have been frustrated by Kody’s unfair relationship with Robyn Brown. It also appears that he still hasn’t come up with a solution to fix their stressful living conditions in Flagstaff.

Meri Taking Robyn’s Side In Season 17?

Sister Wives fans also think that Meri is taking Robyn Brown’s side for Season 17. Apparently, Robyn is considered by many as one of the most controversial wives of Kody. According to some, her manipulative behavior is becoming more obvious in recent seasons. However, fans think that Robyn is trying her best to restore the plural family in Season 17, and it appears that Meri agrees with what she wants. Fans even appreciated Robyn in the latest teaser after telling Meri to hold on as the plural family falls apart after Christine Brown announces her desire to leave.

Meri also took social media to share her weekly live stream with her friend, Jen. However, fans quickly noticed and praised Meri’s hairstyle. “Your hair looks awesome!!” one fan said. “LOVE your hair!!! I think this is my favorite on you, so far! You are just sooooo beautiful, Meri!” another fan added. Meanwhile, some noticed that Meri is still silent when it comes to Kody Brown and the plural family. But fans believe that Season 17 will give light to all of the questions fans have been asking for months.

It’s clear to see how bad things have turned for the plural family. Will Kody finally come up with a solution to end their struggles in Season 17?