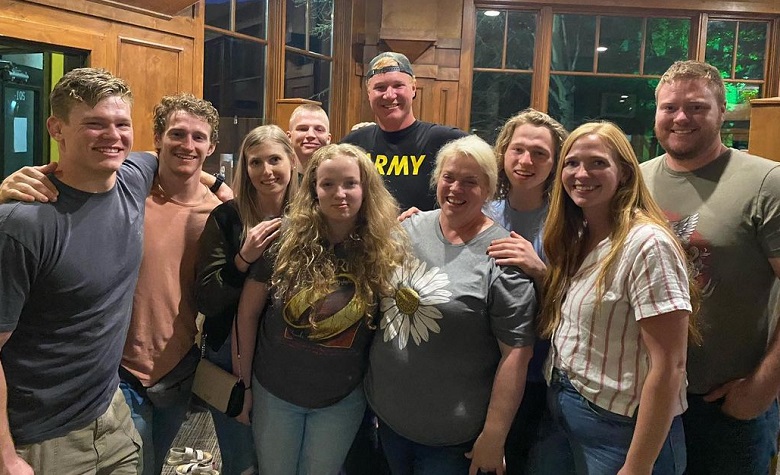 Sister Wives star Janelle Brown has been keeping in touch with the fans lately. Most of the time, Janelle shares adorable pictures with her kids and grandkids. Fans are praising Janelle for putting time and effort into her kids amid Kody Brown’s absence. She’s been focusing on living a healthy lifestyle as well. She even paired up with Christine Brown to promote the same diet program, and some think that they’ve been doing so well lately. Now, Janelle is back to share another update for the fans. This time, Janelle shares her son Garrison Brown’s love for his siblings.

In a social media post, Sister Wives star Janelle Brown shared a picture of her son, Garrison Brown, helping his younger brother, Gabriel Brown. According to Janelle, Gabriel had some problems with his tire after hitting something on the road. Fortunately, Garrison was nearby and came over to help. “It does a mama’s heart good to know she raised boys willing to help out – even each other,” Janelle captioned.

Janelle also said that it was raining hard during that time and she’s glad that Garrison was able to fix the tire with ease. “I went over to help but ended up being the cheerleader as I wasn’t really needed,” She added. Meanwhile, fans are calling out Kody Brown for not being there for his sons. Fans also think that Janelle’s post indicates that Kody doesn’t give any time and effort to his other kids.

Janelle’s Wholesome Interaction With The Fans

Sister Wives star Janelle Brown also took social media to share a wholesome interaction with the fans. Apparently, Janelle shared a clip of her asking her fans about how long it takes to soak beans. Janelle was laughing throughout the clip sharing her experience with the fans. Fortunately, a lot of Janelle’s followers immediately gave the answer she seeks. Meanwhile, some fans took the opportunity to ask Janelle for some updates regarding the plural family. However, she remained silent about it, and some think that it’s due to their upcoming season.

Sister Wives fans are also worried for Janelle though after TLC released a new teaser for Season 17. The teaser showed Janelle telling the cameras that Kody Brown no longer acts like her husband. According to some, it may fuel Janelle’s desire to follow in Christine Brown’s footsteps and leave Kody. Meanwhile, Kody has shown his frustration to everyone during the teaser. It’s clear to see that he’s upset by how bad things have turned in the plural family in recent years. But some fans believe that things will only get better if Kody starts treating everyone equally.

It’s clear to see that things are still falling apart in the plural family. Will Kody finally come up with a solution to fix their problems?