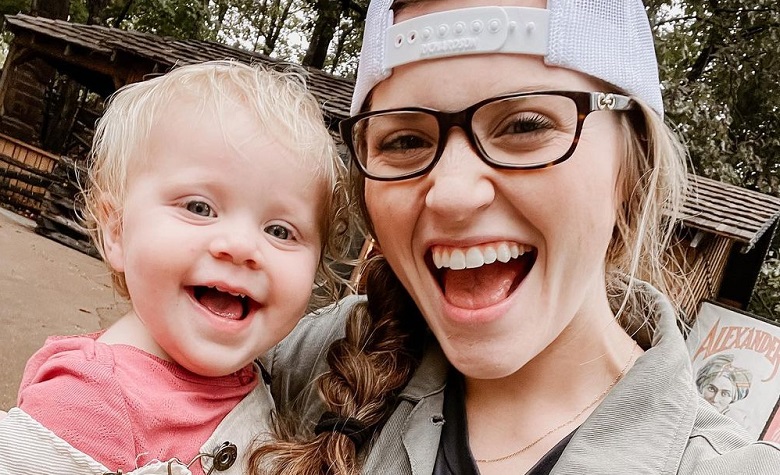 Counting On star Joy-Anna Duggar has been making headlines after returning to social media. Apparently, Joy-Anna took a 6-month break from the online world to focus more on her family. Joy-Anna also revealed that she and Austin Forsyth have been busy with their RV and housing projects. Fans are glad that Joy-Anna is finally back to sharing updates about her family. Now, Joy-Anna is making noise once again after returning to her YouTube channel to share her family’s first trip using their RV.

In a YouTube post, Counting On star Joy-Anna Duggar shared a vlog from their first trip using the RV. The video starts with Joy-Anna and Austin Forsyth preparing their RV. According to Joy-Anna, they’ll be using the RV to travel all the way to Nebraska for her brother, Jeremiah Duggar’s wedding.

Joy-Anna also revealed that they had a few stops along the way. “We had a few stops along to way to break it up and the kids did great! Stopping by Silver Dollar City and Ikea were our favorites! Enjoy!” she added. Moments later, Joy-Anna shared several clips from her brother’s wedding. Several members of the Duggar family were also spotted in the wedding ceremony including Jinger Duggar and Jeremy Vuolo.

Counting On fans were also surprised to see how big Evelyn and Gideon have become after 6 months of social media absence. Some even took the comment section of Joy-Anna Duggar’s vlog to talk about her adorable kids.

“I can’t believe how big Evelyn has gotten and how articulate she is. Gideon seems like such a sweet little boy,” one fan said. “They are getting so big, Evy with all that hair looking just like a princess and Gideon growing so fast. He looks so much like Austin,” another fan added.

Meanwhile, others praised Joy-Anna and Austin Forsyth’s RV. According to some, it’s clear to see that their hard work renovating the RV paid off well.

Counting On: The Duggar Kids Focusing More On Vlogging?

Counting On fans also noticed that some of the Duggar kids are becoming more active on YouTube lately. Aside from Joy-Anna Duggar, Jinger Duggar has been sharing major updates about her family on YouTube as well. Apparently, Jinger and her husband, Jeremy Vuolo, have been focusing more on vlogging. So far, the two have already released 4 vlogs, and most of them are filled with exciting content. Fans also think that it wouldn’t take long before Jill Duggar make a YouTube comeback, especially now that her third son has finally arrived.