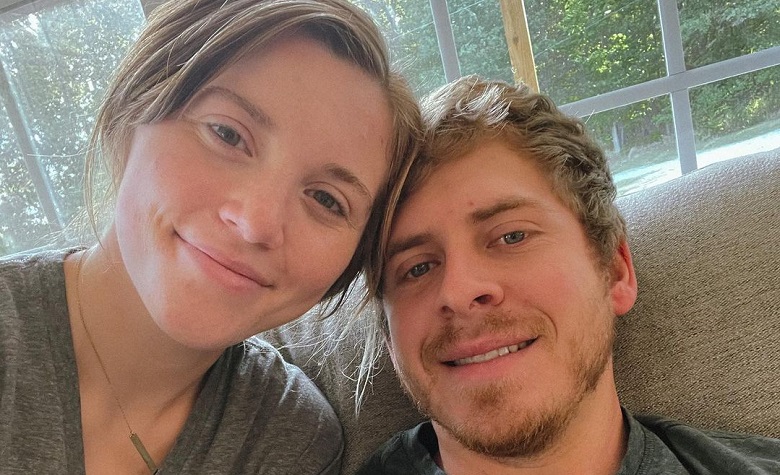 Counting On stars Joy-Anna Duggar and Austin Forsyth have been busy working on a new RV. Apparently, the two purchased a much bigger RV. However, they had to renovate it entirely. It’s been a while since Joy-Anna last shared an update about their RV. According to her, they’re currently waiting for the new paints to dry. Now, Joy-Anna is back to share a major update on the RV. Aside from that, Joy-Anna also left the fans in awe after sharing how she keeps her kids busy during the day.

In a social media post, Counting On star Joy-Anna Duggar clips of her and Austin Forsyth working on their RV. According to Joy-Anna, they’re currently working on the flooring of the RV. She also said that they’re nearly on the finishing touches of the RV. Joy-Anna also shared a clip of Austin gluing the flooring. The two also thought that the flooring job will be an easy task. However, later in the clips, Joy-Anna admitted that it’s not that easy.

While waiting for Austin Forsyth to arrive, Counting On star Joy-Anna Duggar shared clips of her kids playing outside. One of the clips shows Joy-Anna pushing her daughter, Evelyn, in a swing that she built in a tree. Joy-Anna also went headlines after installing the swing on a tree with the help of an excavator.

On the other hand, Gideon plays with his favorite toy excavator in the pile of gravel. Joy-Anna also made sure that Gideon won’t get any scratches on his feet by putting boots on him. Gideon loves to do what his father does. It also resulted in Joy-Anna bringing Gideon to his father’s construction site multiple times to watch him work and even join him.

Counting On star Austin Forsyth has been busy on his construction site. It just shows how Austin works hard for his family. However, Austin almost lost his career due to a fraud case against him. According to reports, Austin was accused of not having the proper permits to install a septic system in a house that he renovated and sold. Fortunately, both parties were able to settle the case peacefully. Since then, Austin has been working extra hard for his family.

It’s clear to see that Austin and Joy-Anna have been successful with their lives. However, fans think that it could’ve been better if their show wasn’t canceled. Will TLC give Joy-Anna and Austin their own spinoff?