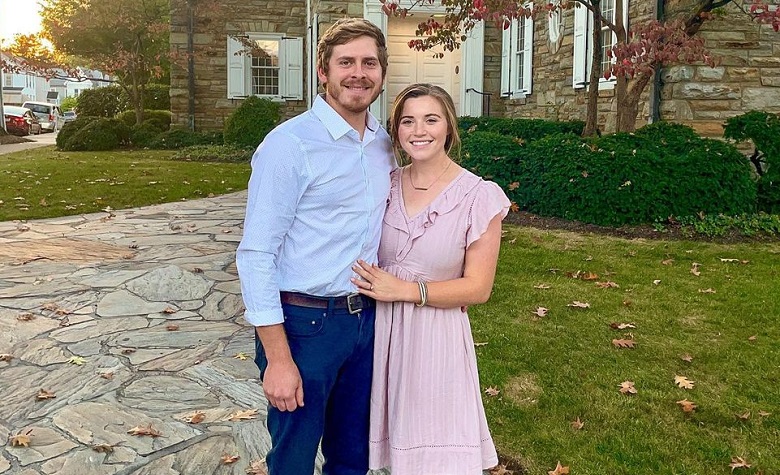 Counting On star Joy-Anna Duggar has been inactive on social media for months. Her sudden absence has sparked many rumors, one being the possibility that she’s pregnant. According to some, the Duggars usually stay silent for quite some time before making a big pregnancy announcement. Joy-Anna has been spotted multiple times on her friends’ social media posts, and most of them appear to hint at her pregnancy. Now, Joy-Anna is spotted once again in a photo shared by her friend. However, this time, it seems that Joy-Anna wants to fuel the speculation about her pregnancy even further.

Some eagle-eyed fans took Reddit to discuss Joy-Anna Duggar’s recent sighting with her friends and in-laws. According to some, they still can’t tell if Joy-Anna is indeed pregnant. However, she’s been spotted multiple times with what seems to be a baby bump. Some also noticed that Joy-Anna has been bonding with the same group lately. It’s believed that most of them are pregnant while others have recently given birth. At this point, the Duggar family has yet to confirm Joy-Anna’s pregnancy. Yet, it seems that they’re still in touch with Joy-Anna and she was even spotted in Jed Duggar’s recent RV camping day vlog with the Duggars. So, they are still close.

Fans Are Happy For Joy-Anna

Aside from her rumored pregnancy, Counting On fans have been talking about Joy-Anna’s new life away from social media as well. Apparently, many are happy that she is now living her best life without worrying about the negativities surrounding her family. It’s still unclear what’s the reason behind Joy-Anna’s absence. However, some fans are not losing hope that she’ll eventually return and share exciting updates about her life.

Counting On: More Duggars Are Starting To Become Inactive Online

Aside from Joy-Anna, Counting On fans also noticed that the number of inactive Duggars is increasing as well. Josiah Duggar and his wife, Lauren have joined in with Joy-Anna. The two even deleted some pictures on their social media page, showing signs that they may have quit the online world. Justin Duggar has been inactive on social media as well, but some believe that he’s just busy working with his wife, Claire Spivey. Meanwhile, Jim Bob and Michelle Duggar have been inactive on social media for months. Some also think that big brother Josh Duggar’s CSAM arrest played a major role in their sudden absence.

It’s clear to see that Josh’s conviction brought so many problems to the family. Will Jim Bob and Michelle do something to end the negativities surrounding them? Or will they continue to remain silent? More so, is the silence also hiding some exciting pregnancy news? You be the judge. Do you think Joy-Anna is hiding a bump? Let us know in the comments below.