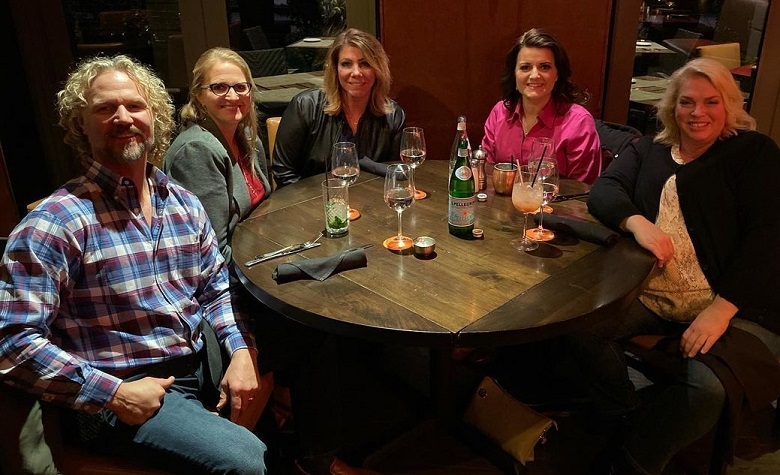 Sister Wives fans have seen the struggles of the plural family since moving to Flagstaff. According to some, things have never been the same since they left their cul-de-sac in Las Vegas. Fans also think that the pandemic made things worse for Kody Brown and his wives. It also appears that Covid-19 showed Kody’s desire of wanting to solely live with fourth wife Robyn on a daily basis. Now, fans discuss the other reasons why the plural family shouldn’t have left Las Vegas.

Sister Wives fans took Reddit to discuss why the plural family shouldn’t have left Las Vegas. According to some, it was clear how happy the family looks in Las Vegas. Others also pointed out that they had the best living conditions possible. “The cul-de-sac in Vegas was really the best setup for them. They should never have left there,” one person said.

Meanwhile, some are pointing fingers at Robyn for the plural family’s departure. “I’m sure Robyn’s the reason they left Vegas to start with. She was the only wife who was immediately on board, and the one who said they needed to move quickly,” another person added. On the other hand, some believe that Kody also treats Robyn as the head of the family and obeys whatever she wants to do.

Will Kody Pull It Off Again In Flagstaff?

Sister Wives star Kody has been planning to build his ambitious housing project in Coyote Pass. Apparently, Kody aims to bring his family closer together by putting them under one roof. However, some doubt it and said that it’s nearly impossible for Kody to pull it off. According to reports, the patriarch has been struggling financially. It’s also reported that he’s been missing his property taxes. Meanwhile, some are suggesting that Kody should just sell their land and move elsewhere where his plural family can live closer to each other.

Sister Wives fans are also getting worried about the upcoming season. Apparently, TLC previously revealed a teaser showing one of the rings falling from the Sister Wives logo. The first episode description also says that it will focus on Kody and Christine talking about the future of their marriage. It’s also revealed that the first episode will feature Janelle facing a new challenge after testing positive for Covid-19. According to some, it appears that the first episode will start off with heartbreaking storylines. Some are also worried that Season 17 might focus on the never-ending struggle of the plural family again.

It’s known that the previous season broke the heart of many fans. But some are not losing hope that Kody will come up with something to end their struggles in the 17th season.