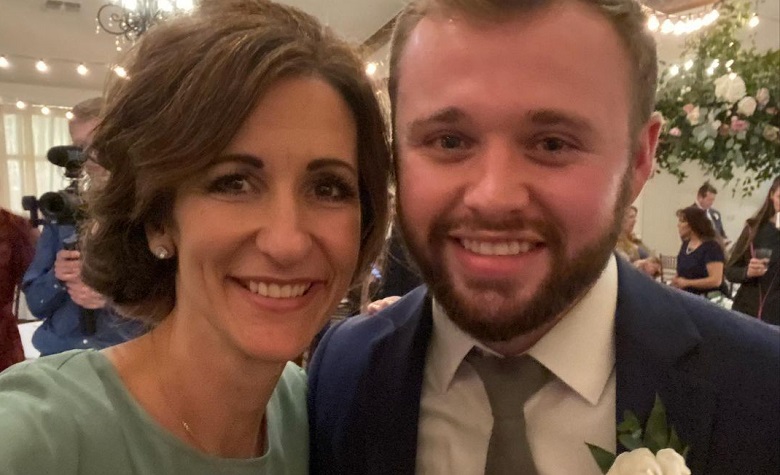 Counting On fans have seen the Duggar family’s strong relationship with the Spivey family. It even resulted in Justin Duggar marrying Claire Spivey. However, fans think that it’s not the only benefit that the Duggars are getting from the Spiveys. Apparently, some of the Duggar boys have been spending a lot of time with Hilary Spivey. Some even think that the Duggar boys get more attention from Hilary compared to their real mother, Michelle Duggar.

Counting On fans took to Reddit to discuss Hilary Spivey’s recent social media post with Jason Duggar. According to some, most of the adult Duggar boys have been spending time with Hilary Spivey and her children. It also appears that they have a strong relationship with her sons as well.

Some fans are also praising Hilary for taking good care of the Duggar boys. Some even believe that Jason and some of his brothers have a strong relationship with Hilary compared to their real mother.

Is Hilary Setting Up Another Duggar Marriage?

Aside from motherly attention, Counting On fans also think that Hilary Spivey is also setting up another Duggar marriage in the future. Apparently, fans recalled how young Justin Duggar and Claire Spivey got married. Due to this, fans believe that Hilary is already preparing her second oldest daughter, Paige Spivey. Meanwhile, some doubt it and said that Hilary just loves to spend a lot of time with the Duggar boys.

Counting On: Where Is Michelle Duggar Now?

At this point, Counting On star Michelle Duggar has yet to surface on social media. She and her husband, Jim Bob Duggar have been silent online since Josh Duggar’s CSAM arrest.

It also appears that fans will get more updates about the Duggar boys from Hilary Spivey. Meanwhile, some are not losing hope that Michelle will eventually get back online and address all the rumors about her struggles with her older sons.

It’s clear to see that Josh’s conviction brought so many controversies to the Duggar family. However, fans think that it will never end if Jim Bob and Michelle don’t do something about it.