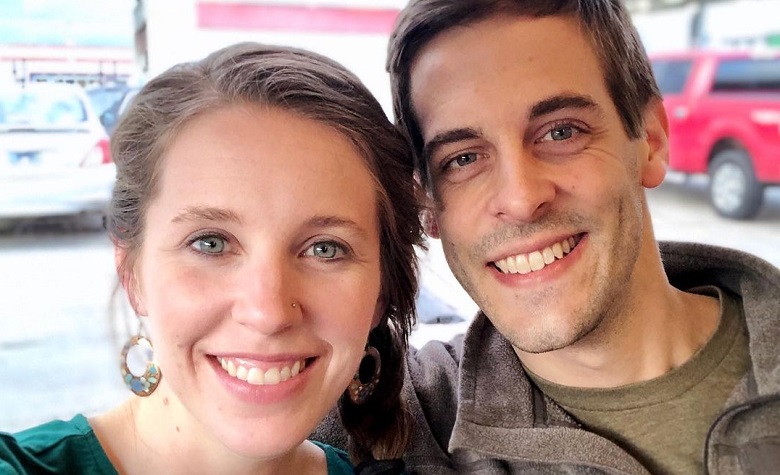 Counting On fans have been keeping their eyes close to Jill Duggar lately. Apparently, Jill has been silent since giving birth to her third son, Frederick Michael Dillard. Her sudden silence also created several rumors. One of which is the possibility that the Duggars snubbed Jill and her newborn son as nobody seem to talk about them online. However, Jessa Duggar recently went off on social media and told the haters that her sister, Jill, always has the family’s support. Now, Jill is finally back on social media to share updates with the fans. She even opened up about why she’s been silent on social media for quite some time.

In a social media post, Counting On star Jill Duggar shared a picture of her newborn son, Frederick Michael Dillard, as she finally makes a return on social media. Jill also explained why she and Derick Dillard named their third son Frederick.

Aside from that, Jill also revealed that she was supposed to give birth late in July. However, Frederick decided to arrive earlier and it happened to be a day before her brother Sam’s birthday. “So we had our planned C-section a bit before originally planned,” she added.

Counting On star Jill Duggar also explained her sudden online absence in her latest post. “Hey! We are finally back on Instagram after being locked down & unable to post for a while!!” Jill said.

Jill’s explanation also contradicts the rumors that she’s stepping away from social media as she continues to get snubbed by the Duggar family.

Jill has yet to confirm if the Duggars have already celebrated the arrival of Frederick Michael Dillard. Apparently, the Duggars usually make big gatherings whenever a new family member is born. Due to this, fans are hoping that Frederick’s arrival will create a bridge for Jill and her family to finally reconnect with each other.

Counting On: Will The Duggars Finally Acknowledge Jill & Her Newborn Son?

At this point, Counting On stars Jim Bob Duggar and Michelle Duggar have yet to acknowledge Jill Duggar’s newborn son. According to some, it’s possible that the Duggars are just trying to respect Jill’s privacy by not posting anything about her son. However, fans think that most of them just don’t want to talk about Jill due to her years of estrangement from the family. Others also pointed out that most of the Duggars have been silent online since Josh Duggar’s conviction.

Meanwhile, fans are glad that Jill is finally back on social media. Fans can also expect that she’s going to share more updates about her newborn son in the coming days.