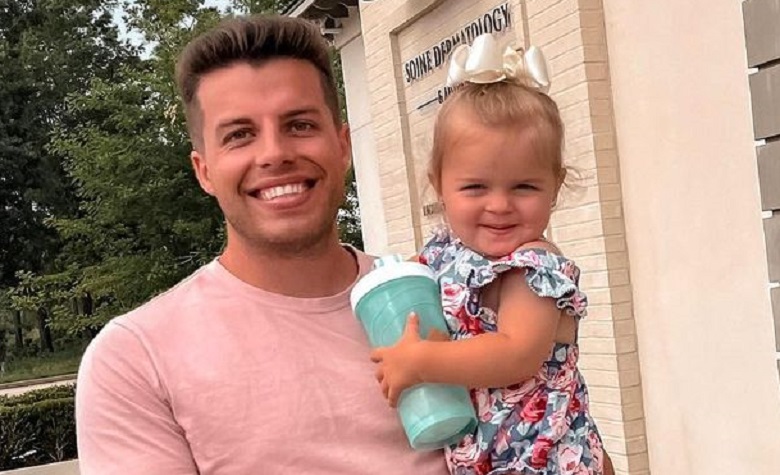 90 Day Fiance star Jovi Dufren has been keeping in touch with the fans lately. Most of the time, Jovi shares adorable pictures with his daughter, Mylah. Jovi also loves to share updates about his wife, Yara Zaya. According to some, it seems that Jovi and Yara are starting to become more active on social media lately after making a big TLC comeback. Apparently, the two returned in the seventh season of 90 Day Fiancé: Happily Ever After? Since then, Jovi and Yara have been trying their best to spread positivity on social media. Now, Jovi is back to share another update for the fans. This time, Jovi shares his wholesome outdoor playtime with Mylah.

In a social media post, 90 Day Fiance star Jovi Dufren shared a picture from his recent outdoor playtime with Mylah. According to Jovi, he rarely sees kids playing outdoors anymore, and he’s glad that Mylah still gets to experience it.

“I love the fact that Mylah isn’t scared to play outside. She loves rolling around in the grass. I feel like kids don’t get enough of that these days,” Jovi said.

Others agree and said that technology has taken over in recent years. Meanwhile, fans praised Jovi for his efforts in making Mylah experience playing outside. “Jovi you’re an awesome Dad,” one fan said. “I love the fact that you and Yara support her playing outside and getting dirty,” another fan added.

Jovi Opens Up About His Tight Schedule Despite Numerous Travels

90 Day Fiance star Jovi Dufren also took to social media to open up about his tight schedule despite his frequent travels. Apparently, Jovi answered a fan asking about how he’s able to manage his time with his work schedule.

“Hahah not easy actually. no days off. When I do have a couple of days of down time, usually just book a flight and go,” Jovi said.

According to some, it’s a clear indication that Jovi changed a lot for his family. It’s known that Jovi used to party and drink a lot during his free time. Now, it appears that he’s spending most of his time with Yara Zaya and Mylah.

90 Day Fiance: Where Are They Now?

At this point, 90 Day Fiance star Jovi Dufren has yet to share if they already come up with a decision regarding their plans to move. According to Jovi, they’re currently choosing between Texas and Florida. They’ve been traveling a lot lately and have been staying in luxurious hotels. However, it seems that Jovi and Yara Zaya don’t mind spending a lot. Fans also think that traveling is one of their favorite ways to spend time with each other.

It’s clear to see that Jovi and Yara have become one of the most successful TLC couples today. Fans also think that it’s one of the main reasons why they made a big comeback in the seventh season of 90 Day Fiancé: Happily Ever After?