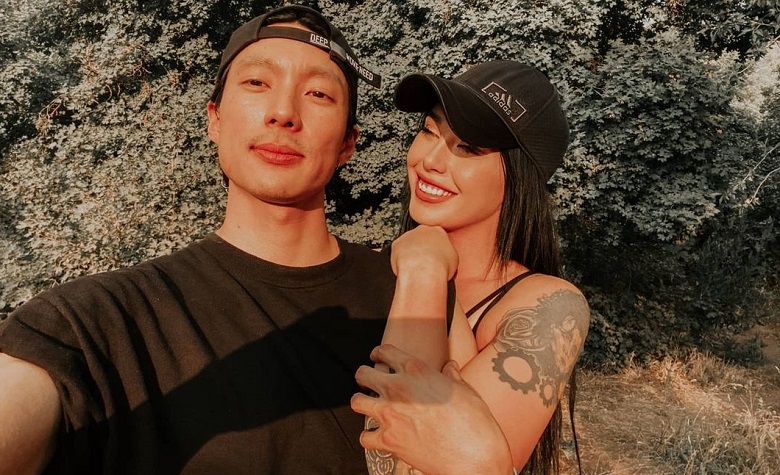 90 Day Fiance star Deavan Clegg has been keeping in touch with the fans lately. Most of the time, Deavan shares updates regarding the current condition of her son, Taeyang, after he was diagnosed with childhood cancer. Deavan has been trying her best to keep her son happy and healthy. Fortunately, she’s not alone in one of the most challenging stages in her life. Apparently, Deavan’s boyfriend, Topher Park, has been with her side since learning about Taeyang’s condition. She’s been thankful for all of his efforts to keep her kids happy as well. Deavan even took to social media recently to share a clip of Topher going bald for Taeyang.

In a social media post, 90 Day Fiance star Deavan Clegg shared a clip of Topher Park going bald for Taeyang. According to Deavan, Taeyang loves his hair and was sad after it was cut off. However, Topher Park came to the rescue after cutting his hair along with him. “@hyu.nw came to the rescue and brought Taeyang to the bathroom where he started to shave his head for Taeyang. Taeyang was all smiles and couldn’t stop laughing,” Deavan said.

“They now have a tradition of rubbing each other’s hair every morning saying ‘where’s my hair?’ With a laugh and smile,” she added. Deavan also said that moments like that make Taeyang’s battle worth fighting.

Deavan Shares How Thankful She Is For Her Daughter

90 Day Fiance star Deavan Clegg also took to social media to share how big of a help Drascilla is lately. According to Deavan, Drascilla has been taking her role as a big sister more seriously. “She’s been our rock during this difficult time. She is the best big sister. She’s always helping me when I need it and taking care of her brother,” Deavan said.

“She is our sunshine and I’m so blessed to have her,” she added. Fans also took to Deavan’s comment section to talk about how big Drascilla has grown in just a short amount of time. Meanwhile, fans continue to wish Taeyang a fast recovery. Some also left strong messages for Deavan to keep fighting for her son and her family.

90 Day Fiance star Deavan Clegg recently revealed that Taeyang’s fundraiser is about to reach its halfway mark. At this point, Taeyang’s fundraiser has reached $23,990 with a goal of $50,000. It seems that the fundraiser is getting slow progress lately. Fans also think that it’s one of the main reasons why Deavan has been doubling her effort in seeking help. Meanwhile, Jihoon Lee has yet to surface on social media about the heartbreaking condition of his son. Fans have been calling him out as well to do something to help Deavan.

It’s clear to see that Deavan is going through a lot since learning about Taeyang’s childhood cancer. Due to this, fans have been praising her for staying strong, especially now that she’s expecting her third child.