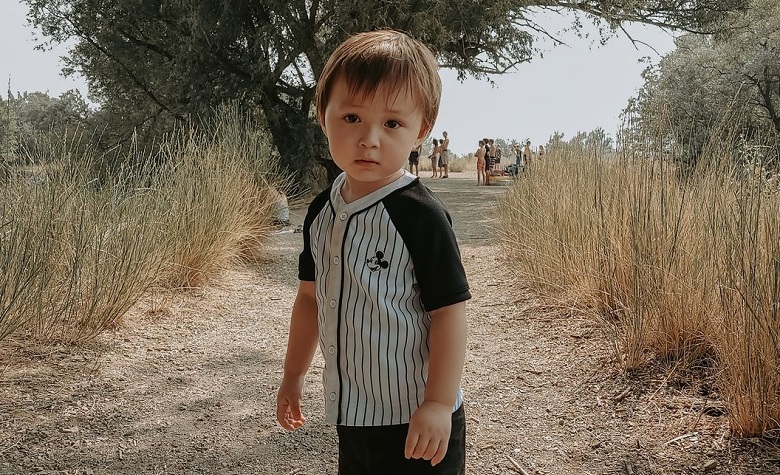 90 Day Fiance star Deavan Clegg has been sharing updates regarding her son, Taeyang, over the past few weeks. Apparently, Taeyang was diagnosed with childhood cancer. Since then, Deavan and her family have been trying their best to help Taeyang recover faster. Deavan’s mother, Elicia Clegg, even set up a fundraising program for her grandson, and fans have been donating since. Now, Deavan is back to share another update for the fans. But this time, it seems that things are heading in a positive direction regarding Taeyang’s condition.

In a social media post, 90 Day Fiance star Deavan Clegg shared a positive update regarding Taeyang’s condition. According to Deavan, Taeyang has been recovering well lately. Despite completely losing his hair, Deavan revealed that he’s been energetic and playful. “Very proud of this strong little man. Just wanted to update everyone that month 2 of chemo is going well. Taeyang hasn’t felt sick and overall is doing amazing,” Deavan added. Deavan also revealed that Taeyang has started his home chemotherapy. Meanwhile, fans continue to show support to Deavan and her son. Some even took to her comment section to send strong messages to Taeyang and her family. “He is going to beat this! You are doing amazing mama!!! Sending my love!!” one fan said. “What a sweet boy, thinking of you all and sending prayers daily,” another fan added.

90 Day Fiance star Deavan Clegg also took to social media to share Topher Park’s workout day with her daughter, Drascilla. The clip shows Drascilla and Topher running on a track. It’s clear to see that Topher has built strong relationships with Deavan’s children. Some fans even think that they’ve been so attached to Topher more than they did to Deavan’s ex-husband, Jihoon Lee. Meanwhile, Jihoon has yet to share updates since Taeyang’s condition. Fans have been calling him out on his social media page to do something as well, but he remained silent.

At this point, 90 Day Fiance star Deavan Clegg has yet to share updates regarding her pregnancy. It seems that Deavan has been busy taking care of Taeyang to the point that she’s starting to forget to share updates regarding her pregnancy. Meanwhile, fans have been praising Topher Park for taking good care of Deavan and her children. Fans also believe that Deavan is having a healthy pregnancy due to Topher’s care.

It’s clear to see that Deavan is now living a happy life with Topher and her kids. Despite the heartbreaking condition of Taeyang, Deavan continues to show that she’s strong and they will overcome all the challenges.