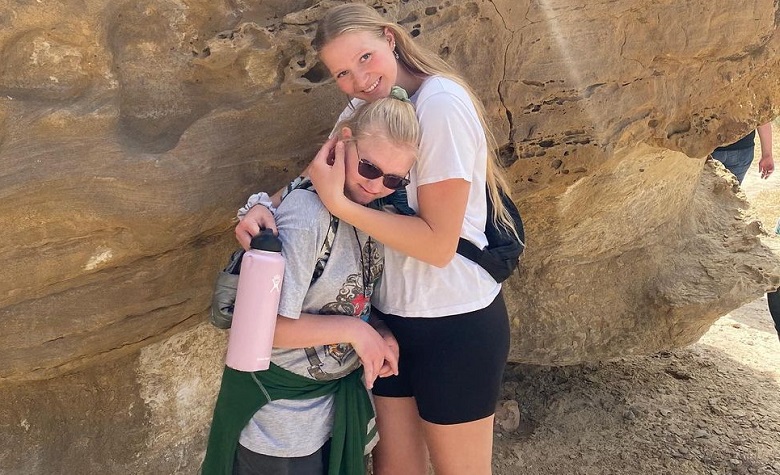 Sister Wives star Christine Brown has been keeping in touch with the fans lately. Most of the time, Christine shares adorable pictures with her kids. Fans also noticed that Christine has been glowing lately, and fans think that it’s due to her new and happy life after leaving Kody Brown. Fans also think that some of Christine’s kids are now much happier with their lives amid Kody’s absence. One of them is Ysabel Brown, who recently answered a question from a fan about getting a tattoo.

In a social media post, Sister Wives star Ysabel Brown shared several pictures with her sister, Truely Brown, during their recent outdoor bonding time. It’s clear to see how the sisters love spending time with each other.

Meanwhile, fans took to Ysabel’s comment section to ask several questions. One of which is about her interest in getting a tattoo. According to Ysabel, she just has a small tattoo on her wrist. Ysabel didn’t actually share the photo of her tattoo. But fans are happy that she gets to do what she wants in life.

Sister Wives fans also took to Ysabel Brown’s recent post to ask if she got taller after her back surgery. “Just dying to know, Ysabel, did you actually reach 6 feet tall post-surgery?” one person asked. “Basically yes,” Ysabel answered.

Some fans were also amazed that Ysabel just keeps getting taller. It’s also reported that she’s taller than her father, Kody Brown, who’s reportedly standing at 5’9″. There are also rumors stating that Kody was bothered by his daughter’s height. Robyn Brown also revealed that height is one of the things that most of the Brown children compete on.

Sister Wives fans have been praising Christine Brown for her parenting. According to some, Christine has been doing everything she can for her kids to stay happy amid Kody Brown’s absence in their lives. It’s been reported that Kody hasn’t been in touch with Christine and their kids since their split.

Fans also think that things are only getting worse in the family due to Kody and Robyn’s unfair relationship. However, it seems that it no longer bothers Christine as she continues to find ways to keep her family smiling. Christine even took social media recently to share her multiple trips with some of her kids and her mother,

It’s clear to see that Christine is living her best life after her split with Kody. Fans also think that she’s a lot happier compared to the other wives in Flagstaff as Kody continues to make poor decisions for the plural family.