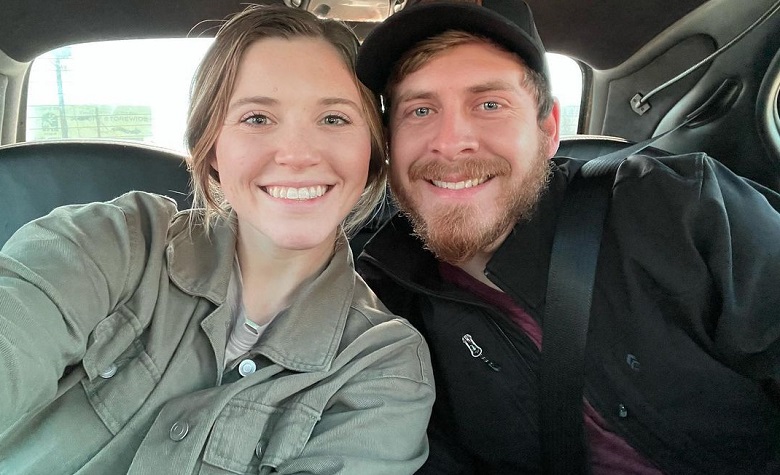 Counting On star Joy-Anna Duggar has been silent on social media for weeks. According to some, it seems that Joy-Anna is focusing more on her family lately. Fans also think that she’s shying away from social media due to the controversies that Josh Duggar’s CSAM arrest brought to her family.

However, others think that it’s not the only reason for Joy-Anna’s sudden absence. Apparently, fans also think that Joy-Anna is pregnant and she’s been trying to hide it from the public. But it seems that Joy-Anna couldn’t escape the eagle-eyed fans. Recently, a fan shared a picture of what seems to be Joy-Anna having a baby bump.

Counting On fans took to Reddit to discuss more possible evidence of Joy-Anna Duggar’s pregnancy. Apparently, a fan shared a photo of a woman who seems to be Joy-Anna Duggar having a baby bump. According to some, it’s obvious that the woman in the photo is pregnant. Fans also think that there’s a high possibility that it’s Joy-Anna as Evelyn was also in the picture.

It also appears that the photo was taken inside Joy-Anna’s house. This wasn’t the first time fans speculated that Joy-Anna is pregnant. During Jed Duggar’s recent RV camping vlog, fans spotted Joy-Anna with what seems to be a baby bump. Viewers also noticed that she’s trying her best to hide her front body from the cameras.

Joy-Anna Continues To Bond With Siblings Behind The Cameras

Counting On fans are also glad that Joy-Anna Duggar is still in touch with her siblings. Apparently, fans thought that Joy-Anna’s online absence was a hint that she’s starting to step away from the Duggars.

However, she’s been spotted multiple times bonding with her family. At this point, Joy-Anna has yet to share why she’s been inactive on social media. But fans think that she’s been living her best life as she continues to avoid all the negativities in the online world.

Counting On fans also think that Joy-Anna Duggar is finally done renovating her RV. Some also believe that Joy-Anna used her own RV during Jed Duggar’s RV camping vlog. Apparently, Joy-Anna and her husband, Austin Forsyth, have spent so much time renovating the RV. It also appears that it’s one of the main reasons why they’ve been inactive for months.

Meanwhile, Joy-Anna has yet to share updates regarding her kids. But it seems that they’ve been doing so well lately as Joy-Anna continues to focus on her family.

It’s clear to see that Joy-Anna is still living her best life. Despite not sharing any updates on social media, fans are glad that she’s still in touch with the Duggars and has been spending a lot of time with them lately.