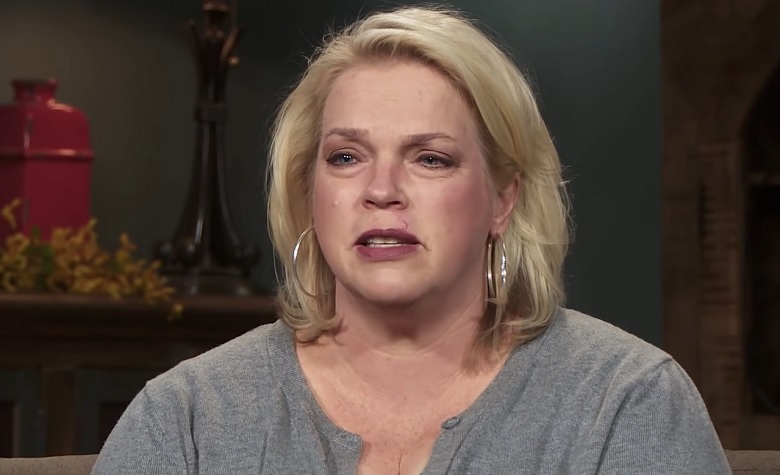 Sister Wives star Janelle Brown has been focusing on maintaining a healthy lifestyle lately. She even joined Christine Brown to promote the same diet program. Fans are also praising Janelle for focusing more on herself as well as her kids amid Kody Brown’s absence. At this point, Janelle has yet to share her current status with Kody.

However, fans have been noticing his absence from his other wives lately including Janelle. Due to this, fans believe that things are still not looking good in the plural family. But despite all the problems, fans are impressed that Janelle is still trying her best to stay positive. She even took to social media recently to share a throwback picture of her from the 80s.

In a social media post, Sister Wives star Janelle Brown shared a throwback picture of her from the 80s. “A friend just sent me a photo she had. This is me at 18 in 1987. Gotta love an 80s perm,” Janelle captioned followed by laughing emoticons.

Moments later, fans took to Janelle’s comment section to talk about her throwback picture and how they want her to do the same hairstyle again. “So pretty!!! Can see both of your girls in this. Would LOVE to bring back 80’s hair!!” one fan said.

“Soooooo gorgeous then and now!” another fan added. Meanwhile, fans are hoping that some of Janelle’s daughters will do the same hairstyle and try to copy their mother’s looks back in the 80s.

Janelle Continues To Focus On Her Kids Amid Kody’s Absence

Sister Wives fans are glad that Janelle Brown is still living her best life despite Kody Brown’s absence. Most of the time, Janelle shares her bonding moments with her kids.

Janelle and her kids have done several outdoor activities over the past few months as well, but Kody remained out of sight in every single one of them.

According to some, it’s a clear indication of how dysfunctional the plural family has become in recent years. Fans also think that Janelle is trying to follow in Christine Brown’s footsteps and eventually leave Kody and the struggling plural family.

At this point, Sister Wives star Kody Brown is still living in Flagstaff with Robyn Brown. The two were often spotted on dates and shopping without the other wives as well. Fans were also upset after a photo of them dancing together in a bar surfaced online. According to some, it seems that Kody and Robyn are living their best lives while the other wives struggle. Fans also think that it’s clear evidence of their monogamous-like relationship.

There are reports stating that Kody is still aiming to build his ambitious housing project in Coyote Pass. But some are doubting it, as he no longer stays in touch with his other wives.